You Are Here Home Health and Fitness A Reminder That Addiction Is An Illness, Not A Character Flaw 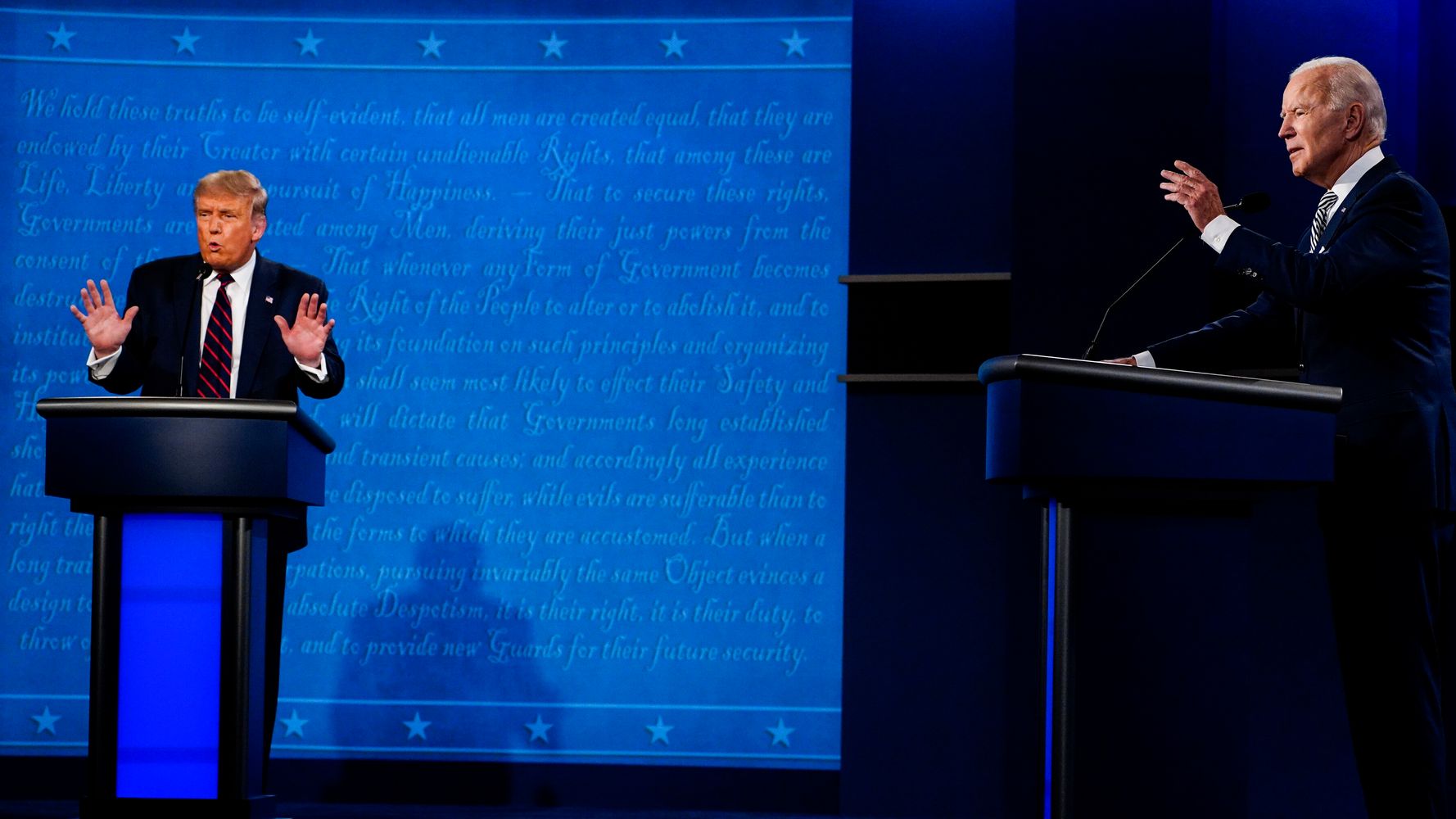 There are approximately a million moments from Tuesday night’s presidential debate that made it a horror show. One of them is when President Donald Trump mocked former Vice President Joe Biden’s son Hunter for living with addiction.

In a brief exchange about the military, Trump pointed out Hunter Biden’s drug use while in the Navy, saying it led to his “dishonorable discharge.” (Fact check: Hunter was released on an administrative discharge in 2013 after testing positive for cocaine. It’s not nearly the same as a dishonorable discharge, which is handed down by a court-martial. But anyway.)

Biden pushed back on Trump’s remarks, condemning Trump’s stigmatizing and shameful rhetoric around substance use.

It was an infuriating and then powerful moment ― particularly for many people who know firsthand what it’s like to live with addiction or love someone who has a substance abuse disorder. A person’s addiction is often used as an insult against them. The stigma around substance abuse allows people to regard living with it and even relapsing as some sort of moral failure.

But, spoiler alert: It’s not. While addiction is devastating and painful ― and needs attention and treatment ― it’s also absolutely not a sign of weakness or a character flaw.

“Substance use disorders are chronic brain diseases caused by both biological or genetic characteristics that are largely out of the person’s control and by environmental insults that are only partially in the person’s control,” said Andrew Saxon, a psychiatrist and member of the American Psychiatric Association’s council on addiction psychiatry. “Morality does not enter into the equation at all.”

“Substance use disorders are chronic brain diseases. … Morality does not enter into the equation at all.”

Furthermore, just like cancer or any other health issues, addiction doesn’t discriminate. The illness can affect people from all demographics, which also debunks the view that addiction makes someone a failure or a terrible person, said Jamison Monroe Jr., founder and CEO of the Newport Academy, a mental health and addiction treatment center for young adults.

“Addiction can happen to anyone. From the rich and famous, to teens with good families, to parents, and everyone in between, no one is immune to addiction,” Monroe said. “Experiencing addiction does not make you a ‘bad’ person, and relapsing does not mean that you are weak.”

Helping Someone Who Is At Risk

Given that more than 20 million American adults live with a substance use disorder, it could be likely you know someone who has experienced the condition. Understanding that addiction is a disease just like any other long-term illness is vital, but there’s more that loved ones can do to be supportive. It’s not enough to be compassionate in silence. You need to show up.

“Studies show that the likelihood of relapse goes down when individuals have better coping skills and social support networks,” Monroe said. “So relapse can be an indication that a person in recovery needs to build in more support for living a sober life.”

If you know someone who is dealing with addiction, here’s how you can actually make a difference:

Reaffirm to the person living with the disease that it is not their fault.

Stress that you are not judging them for their illness.

Research shows stigma prevents people from seeking help for their condition, “Make sure they know that you are not disappointed in them, and that you are there to support them throughout the journey,” Monroe said.

“Stay optimistic even when relapse occurs,” he continued. “Let your loved one know that you have faith in their ability to stay sober and live a drug-free life.”

Encourage them to continue seeking treatment.

Addiction isn’t an acute issue like a cold. It takes continuous work to stay in recovery. You can support someone by “keeping up a steady message that treatment is necessary,” Saxon said.

“Addiction treatment is not a one-time fix, but rather a part of life in recovery,” Monroe said.

Include them in your own routine.

There’s power in partnership. “If you have healthy lifestyle habits in place, invite them to join you for part of your routine, whether it’s going to the gym regularly, hiking, eating well or doing yoga,” Monroe said.

Look into support for yourself.

Don’t forget that your mental health is important too. “Family members may also benefit by joining a mutual help group such as Al-Anon because the family members need support as well,” Saxon said.

Celebrate those who are speaking up about mental health issues.

Drawing conclusions about a person’s addiction or relapse, or questioning someone’s story of recovery, doesn’t do anyone any favors, Monroe said.

“Instead, allowing people to speak to their own experience can help reduce the stigma around mental health struggles,” he explained.

It’s important for public figures to continue to talk about their experiences, good and bad, Monroe added. “They shine a light on the facts that substance abuse is complicated, that it touches all demographics and that relapse is not uncommon. Reducing stigma around addiction and mental health issues is extremely important in making societal changes.”

This story originally appeared in July 2018 and has been updated.

Finding the Fountain of Youth. Supplements You Need Now

Flu Season 2021: What To Expect As COVID Continues