Obtaining the Campaigns list from the server has failed!
Server response:
CM Ad cahger Server plugin is not active on https://legendarygroup.co/admanager/
You Are Here Home Health and Fitness It’s Not Just Your Body That’s Affected By Your Choice Not To Get Vaccinated 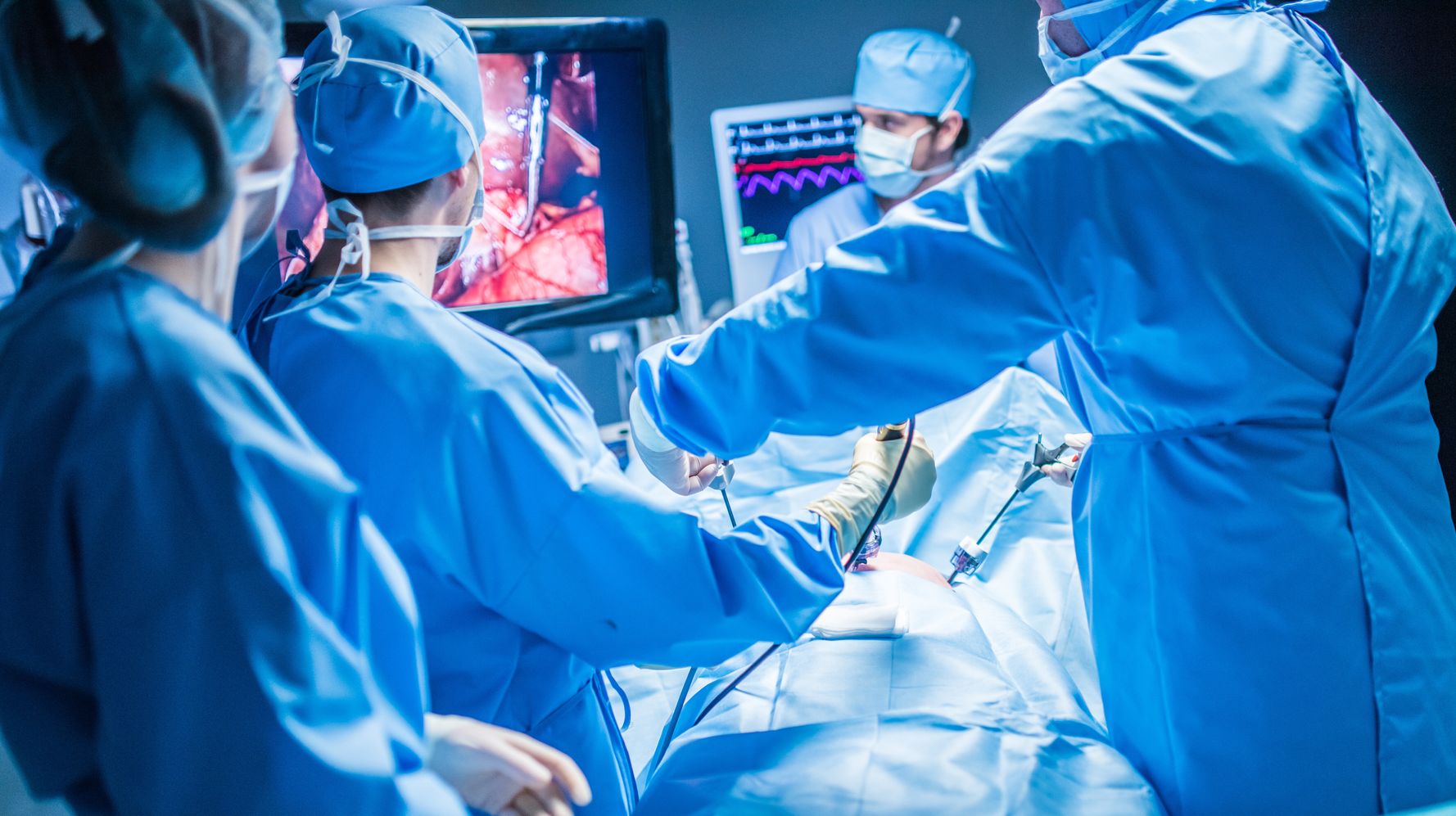 Dr. Tatiana Prowell is distraught. The oncologist, whose job requires her to face down cancer and death daily, cannot believe hospitals around the United States are once again being forced to postpone lifesaving elective surgeries because they’re overwhelmed by COVID-19 patients.

“We are disrupting access to care for patients needlessly,” said Prowell, who has tweeted about her frustrations while making it clear that she was not speaking on behalf of her employer, Johns Hopkins.

Her distress is not unfounded. In recent weeks, social media has been full of personal stories about how people’s procedures have been upended thanks to the recent wave of the pandemic. One woman wrote that her medically necessary birth induction was off the table. A Michigan-based surgeon warned on Twitter back in April that rising COVID cases were once again causing hospitals to cancel surgeries, and that entire states were at risk.

“I want to be clear about what ‘elective’ means. A lot of people hear ‘elective’ and they’re imagining having a mole removed because they don’t like the way it looks, or having a face-lift or something,” Prowell told HuffPost.

“When we use the term ‘elective’ procedures in hospitals, we really mean things that were scheduled,” she said. “Many things fall under that category, including potentially curative cancer surgeries. Including things like heart valve replacements. They’re elective in that official sense, but they’re not optional.”

Prowell’s hospital and her state have not been overwhelmed by coronavirus patients, because vaccination rates in her area are high. But many hospitals elsewhere in the country are struggling again like they were in earlier surges, if not more so. The state of Alabama has run out of ICU beds, and parts of Texas and Florida are not far behind.

That has profound ripple effects throughout hospitals, which must divert resources and staff to focus on COVID patients. And the people who work in those overwhelmed hospitals draw a direct line between people’s unwillingness to get vaccinated and the inability to treat their non-COVID patients in the way they deserve.

“This is a pandemic of the unvaccinated. Over 90% of the patients that have COVID in our hospital are not fully vaccinated,” said Edward Jimenez, chief executive officer for the University of Florida Health Shands Hospital.

“When you start moving further up the COVID numbers, the biggest impact is that you have to alter the staffing,” Jimenez said. “COVID patients require a lot more, so as you add more attention, more medical care, more nursing care, more respiratory care, you have to backfill those folks.”

His hospital has more COVID patients now than in earlier peaks. And since the end of July, they have canceled 266 elective procedures, he said.

“When we use the term ‘elective’ procedures in hospitals, we really mean things that were scheduled. Many things fall under that category, including potentially curative cancer surgeries. Including things like heart valve replacements.”

Sarah Flanagan ― a Florida-based nurse who asked that the hospital where she works not be identified, and who emphasized that she was not speaking on behalf of her employer ― has also seen a flood of COVID-19 patients in recent weeks. Sometimes they’re held in hallways in the emergency department for days. The hospital went from having one dedicated COVID unit to having five units that are now taking COVID patients.

“We have canceled elective surgeries that require a stay of longer than one day. We have a lot of patients with cancer who we treat through resection … and those patients are now having those surgeries canceled. And sometimes they take a year or more in advance to schedule,” Flanagan said. “That’s obviously frustrating, not only for the patients, but for us and for the surgeons and specialists who have seen their patients and who want to treat them. And because of COVID, because of a preventable virus, they’re unable to.”

She’s personally felt the effects of postponing preventive care and elective procedures. Recently, Flanagan’s mother, who is also a nurse, noticed a lesion on Flanagan’s grandmother’s breast. It turned out to be cancer. It was not spotted sooner because her grandmother’s wellness visits had been postponed due to the pandemic.

“I don’t know what would have happened to her if my mom and I were not nurses,” Flanagan said.

If you’re unvaccinated, you’re part of the problem — but it’s not too late to fix it

COVID-19 hospitalizations can be avoided almost entirely through vaccination. But hesitancy continues to be a problem.

Some people are holding out because they feel the vaccines were developed too quickly, though experts point out that nearly 5 billion vaccine doses have been administered worldwide and serious safety effects are extremely rare. Others are wary of any vaccine that hasn’t been fully approved by the Food and Drug Administration and that is authorized only for emergency use. (The FDA has granted full approval of the Pfizer mRNA vaccine as of Monday.) And fully debunked myths continue to swirl about fertility and changes the vaccine supposedly makes to a person’s DNA.

All of the misinformation surrounding the shots has almost certainly led to abysmal vaccination rates in certain areas. The Centers for Disease Control and Prevention estimates that 50% of the population in the U.S. has been fully vaccinated at this point, but the rates vary widely from state to state. In some states, 70% or more of the population has received at least one dose; in other states, it’s well under half.

“The idea that we’re in this situation again, that we don’t need to be in, is unfathomable to me.”

It’s the avoidable nature of this current moment that makes health care providers like Prowell almost incandescent with anger. She knows that around the country, cancer patients are going to get sicker than they need to — and some will die — because of the strain on hospitals right now.

Prowell cited, for example, a study in The BMJ (formerly known as the British Medical Journal) showing that delaying cancer treatment by just a month can increase people’s risk of dying by 10%. And that risk grows the longer someone waits for a surgery or therapy that might not technically be considered an emergency, but that is vital to staying alive.

“It’s breathtaking to me to see this. It’s breathtaking to me to imagine this,” Prowell said. “To just imagine if I was the patient waiting on the surgery that I know is necessary to cure me. Waiting on a mastectomy. Waiting on [a] lung tumor to be removed. And then being called and told ‘We need to postpone your appointment because there are too many patients with COVID here.’”

“The idea that we’re in this situation again, that we don’t need to be in, is unfathomable to me,” she added. “I just don’t even know what to say. It’s shocking.”

Experts are still learning about COVID-19. The information in this story is what was known or available as of publication, but guidance can change as scientists discover more about the virus. Please check the Centers for Disease Control and Prevention for the most updated recommendations.

Seiko Prospex: 3 Stylish and Affordable New Divers Are on the Way

The Most Interesting College Football Transfers of the 2022 Offseason