You Are Here Home Health and Fitness IUD Insertion Can Be Excruciating. Why Aren’t Patients Given Help? 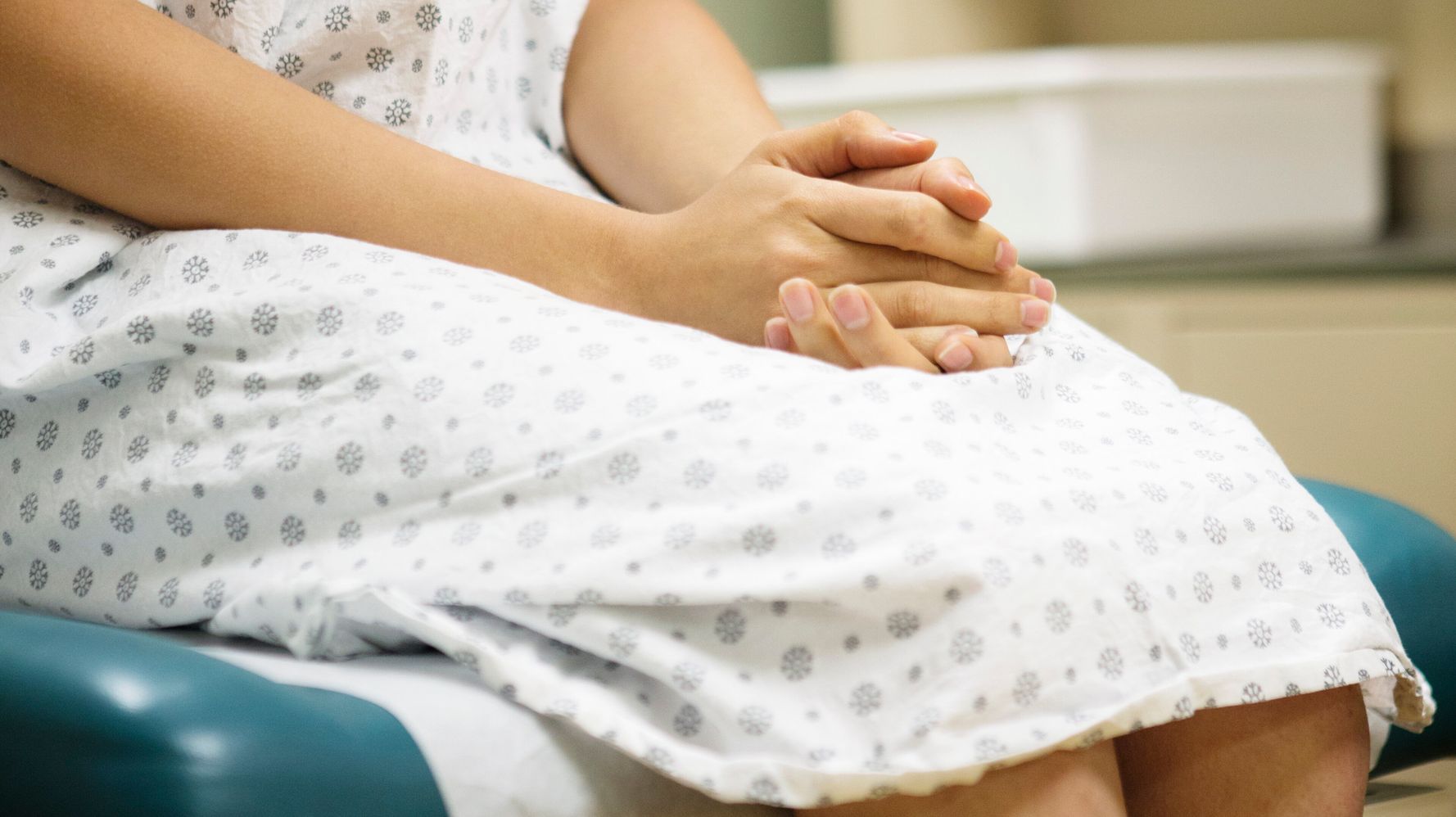 When Dani, 39, made an appointment to have an intrauterine device inserted, her gynecologist — whom she trusts and had seen for years — said it would be no big deal.

“He made it sound like you just lay down and he pops it in, no pain medicine needed,” said Dani, who asked to use only her first name while discussing her method of birth control.

Instead, “I can’t describe to you the pain I felt,” she said. Dani screamed so loudly, she was certain people in the waiting room could hear. “I felt like a hot knife was being slowly stabbed into my insides.” Afterward, she said, she was in “excruciating” pain for two days.

“I just wish I would have been warned. Look, I know things can be painful ― that’s OK. I can handle that as long as I can steel myself and prep for it,” she said.

Birth control is deeply personal, and the options that work for one person do not necessarily work for another. Still, health care providers tend to hail IUDs as the gold standard of reversible contraception. This is for good reason: IUDs are more than 99% effective at preventing pregnancy, as opposed to the birth control pill, which in the real world is more like 91% effective because people often forget pills. IUDs can be left in place for years, and they can dramatically improve quality of life for anyone struggling with heavy, painful periods.

HuffPost heard from more than 100 people about their IUD insertion experience, many of whom said that the process is much more painful than anyone warned them about. And though much of the research on women’s experiences during IUD insertion suggests that their pain levels are generally pretty low, that’s not what anecdotal evidence indicates. Doctors, nurses, midwives and other health care providers trained to place IUDs also know there is a wide range of what patients experience.

What Dani and others wonder is why no one prepared them for the possibility that the procedure might not, in fact, be quick and easy. They also wonder why ― when there are pain relief methods and sedatives available to them ― they weren’t offered any options to help manage their significant discomfort.

Why some experience more pain with IUD insertion than others

Currently, there are five brands of IUDs available in the United States. They’re broken into two categories: hormonal options and the copper IUD. Though those alternatives rely on different mechanisms, they all work by stopping sperm from making it to an egg, preventing pregnancy. And the insertion process for each is similar. A health care provider — usually a doctor, nurse or midwife — places a speculum into the vagina, then puts the IUD (a small T-shaped device) into a tube that is passed through the opening of the cervix and into the uterus.

During that process, there are a few points when patients are more likely to feel discomfort or more significant pain, explained Maureen Baldwin, an OB-GYN at Oregon Health & Science University whose clinical research explores IUD placement after childbirth and improving women’s pain.

Baldwin also noted that some patients experience a less direct (but no less intense) autonomic response that leaves them feeling nauseated or dizzy. There can also be a strong emotional component to all of this. Research suggests, for example, that people who anticipate a lot of pain during their procedure are more likely to report that it is painful.

“What I can tell you is that there is a lot of variability, not just from research but from my own clinical experience. I know there are just some people who do better with it. And there are some people — they might be motivated and might not be anxious — they just feel more pain,” Baldwin said.

“I just wish I would have been warned. Look, I know things can be painful ― that’s OK. I can handle that as long as I can steel myself and prep for it.”

What health care providers can do about it

Many of the women who spoke to HuffPost said it was not just that they weren’t adequately warned that the procedure might be quite painful. When they were having the IUD placed and it was obvious they were in real agony, they were ignored.

That was the case for Jamie Driscoll, 26, who had an IUD inserted in 2016 and was told it would be a “quick” and easy procedure.

“I ended up almost passing out from the pain. They had to give me several rounds of those smelling salts they crack open. It was just an excruciating experience,” she recalled.

Driscoll remembers hearing herself whimpering in pain on the exam table — not outright yelling but making obvious “sounds of distress.” At no point did her health care provider pause and talk to her. As soon as she got home, Driscoll vomited off and on for the rest of the evening.

What is unsettling about these stories is that there are pain relief options available, and health care providers like Baldwin encourage patients who are concerned about pain during the procedure to ask about their options.

“Patients should ask their clinic or provider what possible things are available. They might ask them if there is an option for sedation in any form. Some clinics can offer this and some can’t,” Baldwin said, noting that sedation can be offered with an IV, for an example. She said “most clinics” could put an anesthetic in the cervix as an injection or a numbing block.

Some providers can offer anti-anxiety medication as well, she said. Baldwin noted that patients are sometimes told to take an over-the-counter pain medication beforehand, but there’s no evidence it actually helps with pain during the procedure.

“I think that patients should be proactive in asking if the clinic can offer those services. I also think we should probably have some kind of clinic designation for higher-level clinics for referrals for more challenging cases,” she said. In an ideal world, patients would be presented with their pain-relief options without needing to ask.

Patients should also be told that they might want someone to be there with them, and several of the respondents told HuffPost they felt it was unsafe for them to drive home alone after.

Heidi Martinez, 27, said she assumed that getting an IUD would be similar to getting a flu shot — uncomfortable, sure, but no big deal. So she felt lucky that she just happened to go to her appointment with her boyfriend, now husband.

Afterward, “I sat in the car with him and just cried,” she said. She was bedridden for a week. Later, she wondered for some time if she was simply overly sensitive. Finding stories like hers online at least validated that she was not being dramatic or weak, Martinez said.

“I still think I chose the right birth control for me, but if I could have made the situation any less painful … I think I would have fared a lot better.”

For many, IUDs end up being worth it ― but pain shouldn’t be the price to pay

Of course, there are cases in which the IUD is just not a good fit. Kim, a 41-year-old from Virginia (who also asked that only her first name be used), got her first IUD a decade ago, with no real issues at all. When she went in for another IUD this month, the insertion itself was painful, but what she felt afterward was worse.

“I spent the rest of the day on the couch, then I went to bed early and I woke up at 1 a.m. with a horrible, horrible constant, sharp pain,” she said.

The next day, she had an appointment to have it removed. “I was like, ‘Get this thing out of my body. I don’t want it in me,’” Kim said.

But, for the most part, the women interviewed for this article had only glowing things to say about their IUDs and said they would get one again.

“I still think I chose the right birth control for me, but if I could have made the situation any less painful — or if I had been warned and been able to prepare myself with more support, with more pain medication, with someone to take care of me afterwards — I think I would have fared a lot better,” said Driscoll, who explained that she is a sex educator and did not want anyone reading this story to hear her experience and determine that getting an IUD is not worth it.

What the women we heard from wanted was simply for their pain be taken seriously, for patients to be provided with greater education beforehand and practical pain relief options in the moment — much in the same way that people are offered options for, say, a colonoscopy or wisdom tooth removal.

The medical world as a whole is slowly getting better at recognizing and addressing women’s pain, but as these experiences show, many providers still fall short. They face a difficult balance between ensuring that IUD insertion remains a relatively quick in-office procedure ― accessible to patients in a wide range of health care settings ― while also making sure they’re equipped to address the very real agony some experience.

“For my provider that I had for over 10 years to be so blasé about it felt like a betrayal,” said Dani, who tried the birth control pill, the implant and the birth control ring before she settled on an IUD. “Look, even through this traumatic experience, I actually love it … I just want women to be better prepared than I was.”

Monkeypox: What You Need To Know About The Virus

How New Variants May Impact Your Chances Of COVID Reinfection

For Those With Borderline Personality Disorder, The Depp-Heard Trial Hurts

How Alexander Skarsgård Transformed Into a Viking for ‘The Northman’