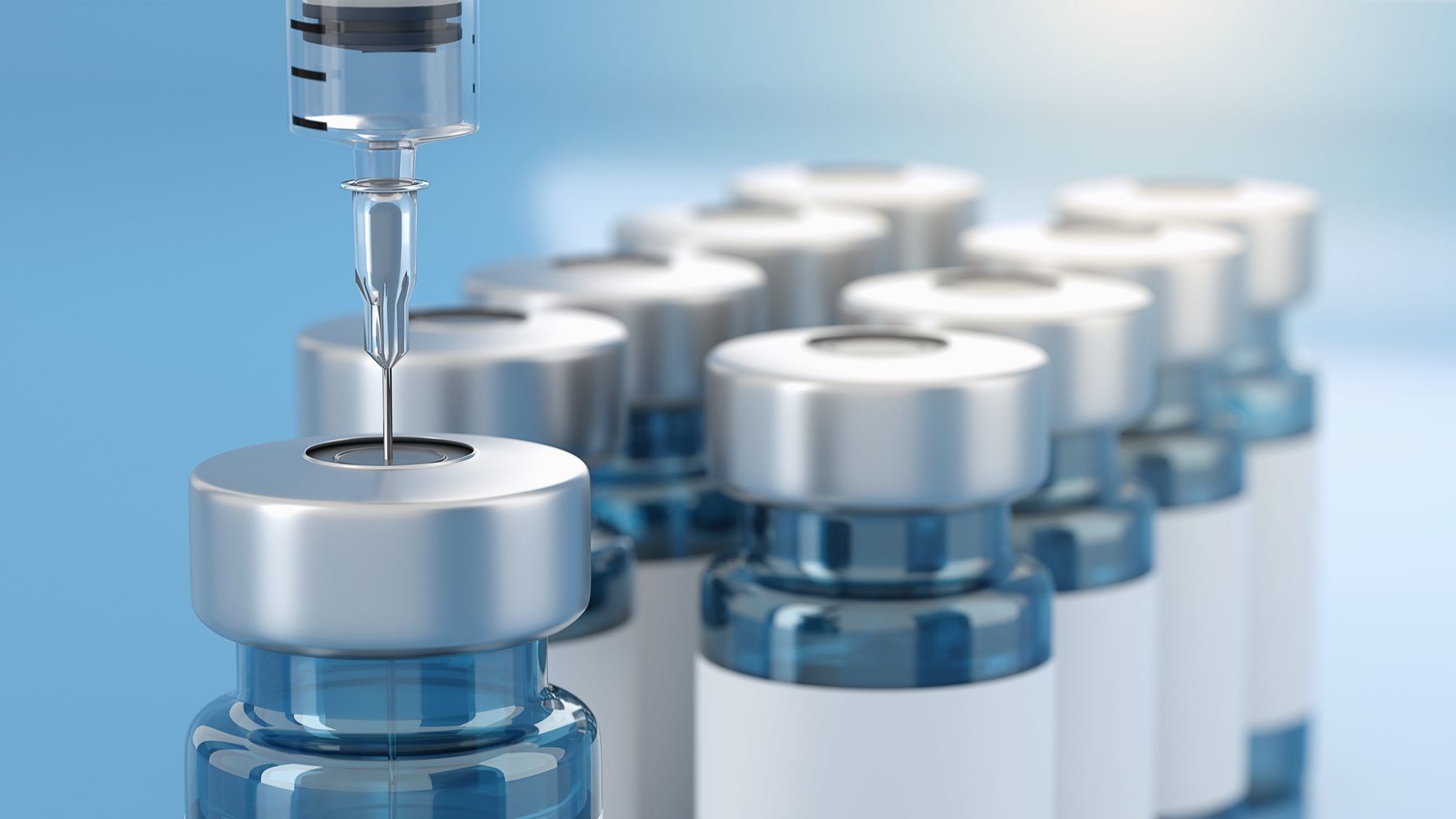 The vaccine trial that Vice President Mike Pence kicked off in Miami on Monday gives the United States the tiniest chance of being ready to vaccinate millions of Americans just before Election Day.

It’s a possibility that fills many public health experts with dread.

Among their concerns: Early evidence that any vaccine works would lead to political pressure from the administration for emergency approval by the Food and Drug Administration. That conflict between science and politics might cause some people to not trust the vaccine and refuse to take it, which would undermine the global campaign to stop the pandemic. Or it could lead to a product that is not fully protective. Confidence in routine childhood vaccinations, already shaken, could decline further.

“The fear is that you wind up doing to a vaccine what [Trump has] already done with [opening] school,” said Dr. Joshua Sharfstein, a former FDA deputy commissioner and a professor at Johns Hopkins University in Baltimore. “Take an important, difficult question and politicize it. That’s what you want to avoid.”

On Monday at 6:45 a.m., the first volunteer in the landmark phase 3 trial for the Moderna Therapeutics vaccine received a shot at a clinic in Savannah, Georgia. Clinicians at 88 other sites, stretching from Miami to Seattle, also administered the experimental shot in a trial that aims to enroll 30,000 people.

Dr. Anthony Fauci, the country’s leading infectious disease expert, told reporters he hoped 15,000 could be vaccinated by the end of the week, although he provided no information about progress toward that goal. All volunteers would receive a second shot 29 days after their first inoculation. (Half will receive a placebo containing saline solution.)

Another vaccine, produced by Pfizer with the German company BioNTech, also entered a large phase 3 U.S. trial this week. It’s being tested independently of the National Institutes of Health, which is partially funding the Moderna trial as well as tests for an Oxford University/AstraZeneca vaccine trial, and others in the future. AstraZeneca has said some doses of its vaccine might be ready as early as September.

Fauci said he expects the Moderna trial to provide an answer about whether that vaccine works by the end of the year — and it’s “conceivable” an answer could come in October. “I doubt that, but we are leaving an open mind that it is a possibility.”

Such a fast pace worries some experts.

“I don’t see how that’s remotely possible unless the thing I most fear happens, a truncated phase 3 trial with just an idea of efficacy, an idea of common side effects, and then it rolls out,” said Dr. Paul Offit, director of the Vaccine Education Center at Children’s Hospital of Philadelphia.

Officials are pressing for an open and transparent process.

Rep. Raja Krishnamoorthi (D-Ill.), chairman of the House Oversight and Reform Subcommittee on Economic and Consumer Policy, is preparing to release a bill requiring the FDA to have an expert panel review any COVID vaccine and issue a recommendation before FDA Commissioner Stephen Hahn makes a decision.

With past vaccines, the FDA has generally relied on such a committee, made up mostly of vaccine experts and appointed by the FDA commissioner. They typically conduct a painstaking examination of all evidence before voting on whether the FDA should approve a vaccine. The commissioner has rarely, if ever, gone against the committee’s decisions.

Hahn undercut confidence in the FDA’s independence earlier in the year, many observers felt, when he issued an Emergency Authorization Use declaration for hydroxychloroquine, a drug used to treat malaria that President Donald Trump and members of his administration have continued to tout, erroneously, as a cure for COVID-19. The FDA later revoked the authorization, which was made without consulting an independent committee.

“FDA’s independence has been threatened, no question, by the hydroxychloroquine issue,” said Dr. Jesse Goodman, a Georgetown University professor who led the FDA’s biologics division and later was chief scientific officer.

The agency must give outside scientists and the public the opportunity to see the data and the FDA’s reasoning before coming to such a decision, he said.

Concerns about political interference arose recently when Trump talked excitedly about a vaccine, and Treasury Secretary Steven Mnuchin confidently told reporters there would be a vaccine by the end of the year for emergency use.

To be sure, it’s unlikely the FDA would be tempted to issue an emergency release without data that showed a vaccine was working and not causing serious side effects.

The massive coronavirus outbreaks in Texas and other hard-hit areas where the Moderna vaccine is being tested should provide an answer, although exactly when is an open question.

In theory, scientists might get a handle on a vaccine’s efficacy before all 30,000 people are enrolled, vaccinated and studied.

In fact, an answer could become clear after only 150 to 160 cases of disease are reported among the trial participants, Fauci said. If roughly two-thirds of those cases occurred in non-vaccinated people, it would show statisticians that the vaccine had above-60% efficacy, he said.

If the vaccine is 80% to 90% effective and the annual rate of infection in the places where it’s being tested is above 4%, scientists could get a signal of efficacy in such a trial with just 50 cases, or in as little as three months, said Ira Longini, a University of Florida biostatistician who designs vaccine trials.

The Moderna vaccine trial would hit that three-month threshold on Oct. 27.

The trial’s fate is partly in the hands of its 30-member Data and Safety Monitoring Board, whose members can see unblinded data about the participants in real time — pinpointing who was vaccinated with the actual vaccine and got sick, for example. The board will alert the NIH and vaccine maker if it sees surprising data — either dangerous side effects or powerful efficacy. Some fear that if the vaccine seems to work in an early review, the FDA would be pressured to stop the trial.

Offit said NIH should not accept anything less than a completed trial of 30,000 people. Fifty cases “is a very small number” to use as evidence for releasing a vaccine that could be administered to tens of millions, he said.

The public might clamor for the release of any vaccine that seemed to work. Moderna said it has already begun producing millions of doses of vaccine “at risk,” banking on the vaccine’s success. The FDA could release those under powers provided when the country declared a public health emergency in March.

With more than half the country deeply mistrustful of Trump, according to recent polls, any federal decision could be resisted and lead to widespread rejection of even a promising vaccine. Sharfstein worries about a “knee-jerk” reaction against the vaccine by Democrats if Trump touts it before the election.

Experts also worry about releasing a vaccine that shows some positive effects but isn’t robustly protective. A slide presented by FDA deputy director Philip Krause at the World Health Organization earlier this month said a weak vaccine could fail to protect the public adequately, leading to a false sense of security in those who’ve received it, while making it harder to test future vaccines.

KHN (Kaiser Health News) is a nonprofit news service covering health issues. It is an editorially independent program of KFF (Kaiser Family Foundation) that is not affiliated with Kaiser Permanente.

When Will A Coronavirus Vaccine Be Ready?

What We Know About COVID-19 Antibodies Is Changing. Here’s What’s New.

So Fresh, So Clean: Lather, Rinse, Revive With Zest

Hit The Road This Summer With These Hoka One Running Shoes

Stay Hydrated by Adding Electrolytes to the Mix