You Are Here Home Health and Fitness What Would A Coronavirus Quarantine Mean And How Would It Be Enforced? 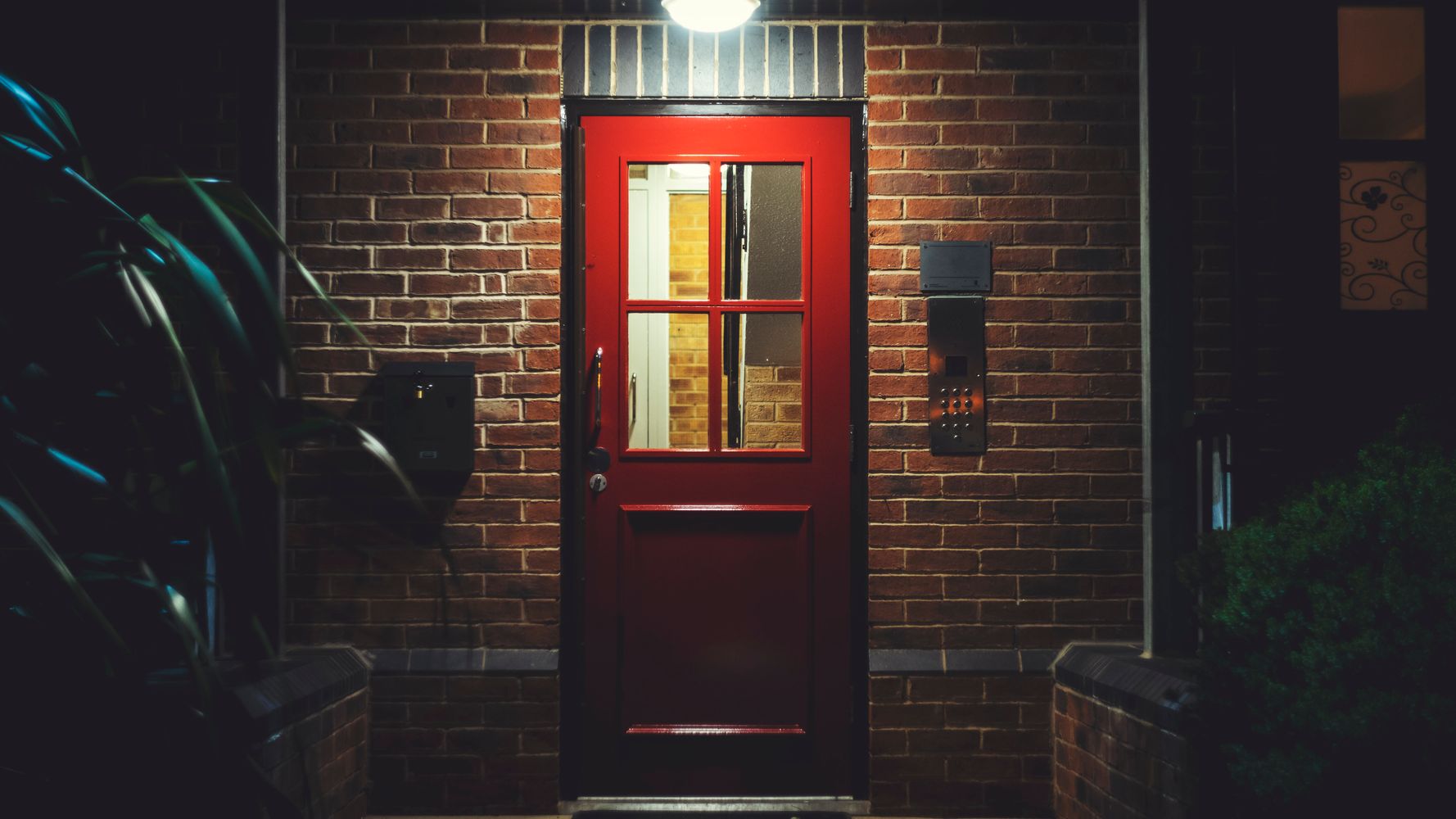 The number of confirmed coronavirus cases has exceeded 110,000 globally and 500 in the U.S. (and will likely increase from there). Hard-hit countries like China and Italy have imposed strict measures in an attempt to contain the spread of COVID-19, the disease caused by the virus, but there are still many questions about what American authorities have the power to do in a pandemic.

The term “quarantine” has been thrown around a lot lately, as have “isolation” and “social distancing.” But what exactly do these terms mean? What would a quarantine entail in the U.S.? And how is each enforced? HuffPost spoke with experts to find out.

To understand the technical definition of “quarantine,” it’s best to contextualize it alongside other measures taken during epidemics, like isolation and social distancing.

“Isolation is what we do with people who are sick and could potentially transmit their infection to others,” explained Arthur Reingold, the division head of epidemiology and biostatistics at the University of California, Berkeley, School of Public Health.

With isolation, public health officials separate people with symptoms of infection or confirmed diagnoses from the rest of the population, often in a hospital but sometimes at home or elsewhere if they don’t need medical care. Depending on the nature of the illness, isolation may involve special hospital rooms with separate ventilation systems to prevent airborne transmission.

On the other end of the spectrum, social distancing refers to measures to cut down on interactions between people with the goal of slowing the spread of a contagious disease. Such tactics may include avoiding or shutting down public transit, working from home, cutting down on hugs and kisses, or banning spectators from sporting events.

While the terms are often used interchangeably, quarantine really falls in between these two categories.

“Quarantine is the precautionary isolation of people who there is good reason to believe were exposed to a communicable disease but have not shown signs of infection themselves,” said Scott Burris, professor and director at Temple University’s Center for Public Health Law Research.

The term derives from “quaranta giorni,” which is Italian for “40 days.”

“People arriving in Italy centuries ago had to sit on their boats for 40 days before anchoring to make sure they wouldn’t bring in plague,” Reingold explained. “This became a common practice in major harbors. Eventually, they even had special quarantine boats or stations.”

Under the commerce clause of the U.S. Constitution, the federal government has the power to quarantine or isolate groups of people suspected to be carrying infectious diseases. In January, the Centers for Disease Control and Prevention issued its first federal quarantine in more than 50 years when 195 Americans evacuated from Wuhan, China, flew to California. In general, however, state and local governments tend to be the ones ordering quarantines.

“Public health is a police power, so under the Constitution it’s delegated to the states, which then delegate that to their health departments,” explained Rebecca Katz, the director of Georgetown University’s Center for Global Health Science and Security. “Federal quarantine is not common, but it can apply to people coming across international borders and in some cases, between states.”

Individuals who have reason to believe they may have been exposed to an infectious disease can also choose to self-quarantine, even without a quarantine order from public health officials. Multiple Republican lawmakers have announced plans to do just that after learning an individual they interacted with at the Conservative Political Action Conference later tested positive for COVID-19.

State and local governments have different policies and practices when it comes to quarantines, which can require a lot of resources. The procedures may also vary depending on an individual’s circumstances and the infection in question, how it’s transmitted and the incubation period. Still, the basic concept remains: Stay in one place until you’re cleared.

“People are either placed in a quarantine facility or asked to stay home,” Burris said. “There are no hard-and-fast rules for who gets what, but usually people who are already home are quarantined there, and people who are for some reason away from home will have to be put somewhere.”

“In the U.S., what tends to happen is that public health authorities will ask to do a voluntary quarantine before mandatory,” Katz said. “You’d be asked to stay in your home. To do it right, the health department would ensure you have access to food, water, electricity and the other things you need to make it through.”

Katz has researched the various quarantine laws in different states and cities. She emphasized the wide range of regulations and practices.

“Regarding food, it’s everything from providing food ― in some cases, some poor public health officer would go out and buy groceries for somebody ― to saying, ‘Good luck! Hope you stocked up on your own,’” she explained.

“It’s also about budget,” she added. “When we compared state quarantine laws a couple years back, only 12 states ― 24% ― had language explicitly in their laws that talked about policy or budget for food and water.”

Some states have provisions about the right to counsel during quarantine, employment protection, choice of medical provider and other concerns, but it seems the majority do not. As of 2018, less than half had language related to plans for “safe and humane” quarantines.

“It’s critical to remember that people under quarantine are sacrificing for the public good.”

Sometimes the safest and most humane place to quarantine is not your own home, so there are jurisdictions with plans or budgets for external lodging. One county in the state of Washington announced plans to purchase a motel to house people affected by the coronavirus. There are liability issues to consider in these circumstances, however. Such measures may put facilities workers and neighbors at risk ― or even cause further harm to the quarantined, as the Chinese hotel collapse shows.

“Quarantine has been a tool for centuries,” Katz explained. “We use it particularly when we don’t have a pharmaceutical intervention, but it’s hard. It’s not used all that often in the U.S. because by definition, you’re curtailing individual rights.”

She added that there are complicated mental health implications, which have begun to manifest in the unprecedented scale of China’s strict quarantine measures.

While U.S. officials are unlikely to impose the stringent regulations seen in China, there are many questions and concerns around the idea of quarantine here. One big question is how it would be enforced.

The answer, unsurprisingly, is that it varies. In most states, breaking a quarantine order counts as a criminal misdemeanor, according to the CDC.

“Every jurisdiction has different rules in place on what to do with noncompliance,” Katz said. “That could be everything from stationing a cop outside your door to somebody being fined. When South Korea went through MERS and 17,000 people were under quarantine, they changed their rules to increase the fine and jail time for breaking quarantine.”

Fines for breaking quarantine in the U.S. can range from $10 to $5,000. Some state laws also specify multiyear prison sentences. Still, there aren’t many actual examples of such punishments being carried out, and the laws don’t apply to the many people under voluntary quarantine.

Katz believes a big issue with quarantine in the U.S. is the way people view it, which can create a sense of shame and take away any incentives to comply.

“It’s critical to remember that people under quarantine are sacrificing for the public good,” Katz said. “Sometimes when we think about quarantine, people take a criminalization tone, like ‘Oh what did you do wrong?’ I think we should think of quarantine like jury duty. Nobody wants to do it, but we do because it’s part of our social contract with our community.”

Continuing with the jury duty analogy, she noted that states should do whatever they can to make the process as painless as possible ― like creating laws to protect the jobs of people under quarantine, as we do with jurors stuck on lengthy trials, or even offering financial compensation.

“Home quarantine, and even probably most institutional quarantine, depends on voluntary compliance,” Burris explained. “That’s why making sure that people CAN comply (by making sure they have good food and can pay their bills if they miss work) is so important. Likewise, that’s why it is important for the quarantine to make medical sense. Occasionally you get some bonehead or bad person who breaks quarantine, and in law they can be fined and, in some places, even held under lock and key. But that is rare.”

What’s More Likely In The U.S.

China and Italy have taken strict measures, including isolation and quarantine orders, to contain the spread of COVID-19 there. But they’ve also implemented something called cordon sanitaire.

“Basically, this means no one gets out,” Reingold explained. “There’s an infection in a certain community or city, so they won’t let anyone out to spread the infection elsewhere. In theory, another possibility is called preventive sequestration, which some villages and small towns did in 1918. They didn’t have any of the illness in their towns, so they set up barriers and wouldn’t let anyone in. That way, no one could bring the disease. But it poses challenges.”

While many public health departments in the U.S. have issued voluntary and involuntary quarantine orders for individuals exposed to COVID-19, Reingold believes future measures will probably involve more social distancing.

“We can close down subway systems, cancel sports games and shut down schools,” he noted. “But it doesn’t come without cost to society. Where do kids go in the meantime? Can parents still work? Some of these social distancing measures have enormous economic, political and other social repercussions for people. They impose enormous social change and cost.”

Ultimately, what happens will depend on the actions of leaders and citizens.

“I think the American public is getting more cognizant of this threat,” Katz said. “We’ve been telling people to not panic and to prepare. But I think it’s going to be a bit of a challenge for people to get their heads around what a change in their behavior is going to look like.”

Get Lean and Strong With Tom Holland’s ‘Chaos Walking’ Workout

The Weird Way Coffee Can Make an All-Nighter Worse

At-Home Back Workouts to Build Size and Strength

The Best Toothpastes to Freshen Up Your Brushing Routine