You Are Here Home Health News 1 in 10 people may still be infectious after 10 days with COVID-19, new study suggests 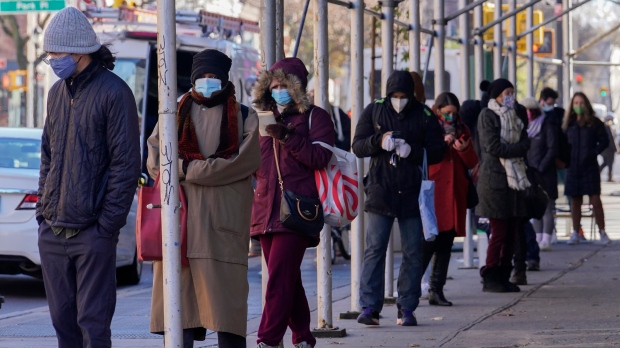 A new study is suggesting that 10 days of quarantine may not be enough, finding one in 10 people may still remain infectious even after that point.

According to a small study from the U.K, that was published in the International Journal of Infectious Diseases in December and looked at 176 patients who had previously tested positive for COVID-19 with PCR, a new type of test found that some patients were infectious for longer than the standard 10-day quarantine period.

“While this is a relatively small study, our results suggest that potentially active virus may sometimes persist beyond a 10-day period, and could pose a potential risk of onward transmission,” Lorna Harries, a professor at the University of Exeter Medical School who oversaw the study, said in a press release. “Furthermore, there was nothing clinically remarkable about these people, which means we wouldn’t be able to predict who they are.”

PCR tests are the gold standard for identifying if a person has COVID-19, and work by looking for viral fragments. But they don’t tell us if a person is currently infectious or not, according to the study, as those fragments can still be present in the system after viral clearance.

Another way to test is by looking for subgenomic RNAs, researchers stated, which are produced when a virus is actively replicating itself.

Researchers looked at RNA from samples gathered from 176 individuals who had previously tested positive by PCR for COVID-19 in between March 17, 2020 and Nov. 29, 2020. Of these patients, 74 were asymptomatic, 36 had mild disease, 22 had moderate disease and 33 were classified as having severe disease.

They found that 13 per cent of sgRNA-positive cases still exhibited clinically relevant levels of virus after 10 days.

For 17 people in the study, subsequent samples were available. Five of these individuals showed sgRNA-positive for up to 68 days.

Researchers believe that this type of test could be implemented in high-risk scenarios, like testing health-care workers or those who work in long-term care.

“In some settings, such as people returning to care homes after illness, people continuing to be infectious after ten days could pose a serious public health risk,” Merlin Davies, lead author of the study, said in the release. “We may need to ensure people in those setting have a negative active virus test to ensure people are no longer infectious. We now want to conduct larger trials to investigate this further.”

Some previous studies have suggested that the presence of sgRNA doesn’t mean that the virus is definitely active, and researchers acknowledged that the issue needs further research.

But this does suggest that the 10-day rule may not be an absolute for every case.

“Given the obvious potential for onward transmission that these cases may possess, more targeted studies to detect and examine secondary cases with transmission beyond 10 days should now be undertaken in these populations,” the study stated in its conclusion.