You Are Here Home Health News 1 in 4 seniors in New Brunswick takes sleeping pills. A new study is offering an alternative

Ken Gallant was taking medication for sleeping and anxiety when he had a scary experience driving on a busy street that ultimately led to him losing his license.

“I was passing out. All of a sudden I looked at the traffic light and it was zooming in and out in my eyes, and I started shaking,” he said.

“Next thing I know, I was in this grass and I didn’t know how I got there.”

Gallant, 71, lives in New Brunswick, which has the highest rate in Canada of sleeping pill use among seniors.

Twenty-four per cent of seniors in the province take sleeping pills on a regular basis — far above the national average of seven per cent, according to David Gardner, a pharmacist and professor of psychiatry at Dalhousie University in Halifax, citing 2019 data from the Canadian Institute for Health Information. Overall, Atlantic Canada has higher rates of sleeping pill use, while Saskatchewan has the lowest rate in the country at four per cent.

Now, Gardner is exploring a way to cut that statistic, seeing if people 65 and older in New Brunswick will choose alternatives to medication if given the choice.

The study is called YAWNS, Your Answers When Needing Sleep, and involves sending information that explains a treatment called Cognitive Behavioural Therapy for Insomnia, or CBTi, to seniors known to be taking medication for sleeping.

“CBTi is really a suite of strategies that you can learn,” said Gardner. “You can get a better relationship with your bed and sleep again.”

The techniques include going to bed and getting up at the same time, making sure your room is dark and the correct temperature, and keeping a sleep diary to help gain insight into the actual problem.

Gardner said sleeping pills “cloak” the problem instead of fixing it.

Why do so many use sleeping pills?

Gardner said it is not clear why there are such stark contrasts in sleeping pill use across the country or why the Atlantic provinces have a higher usage.

“I’ve thought a lot about this and I’ve asked quite a few other people about it as well,” he said. “And the word that comes up is culture. Is it something we’ve been habituated to over time?”

He also said, when asked, physicians regularly say they are uncomfortable prescribing sleeping pills, especially for older people, but sometimes feel stuck. Patients often ask for sleeping pills, or expect them to be prescribed. At the same time, patients may believe the doctor wants them to stay on the medication, so the conversation about alternatives doesn’t even occur.

In the YAWNS study, “we’re going straight to the source,” said Gardner.

The idea is to send the information directly to the person having trouble sleeping, instead of to health-care providers, to see if they will take that information to their physicians and ask for help with alternatives to medication. He is still looking for patient volunteers.

Dependence is a problem

Gardner is adamant that dependence is a problem. He points to the side effects, particularly memory loss and unsteadiness, which can lead to falls. One European study indicates a third of all hip fractures in people 85 and older may actually be attributable to the use of benzodiazepines, a finding Gardner calls “astounding.” 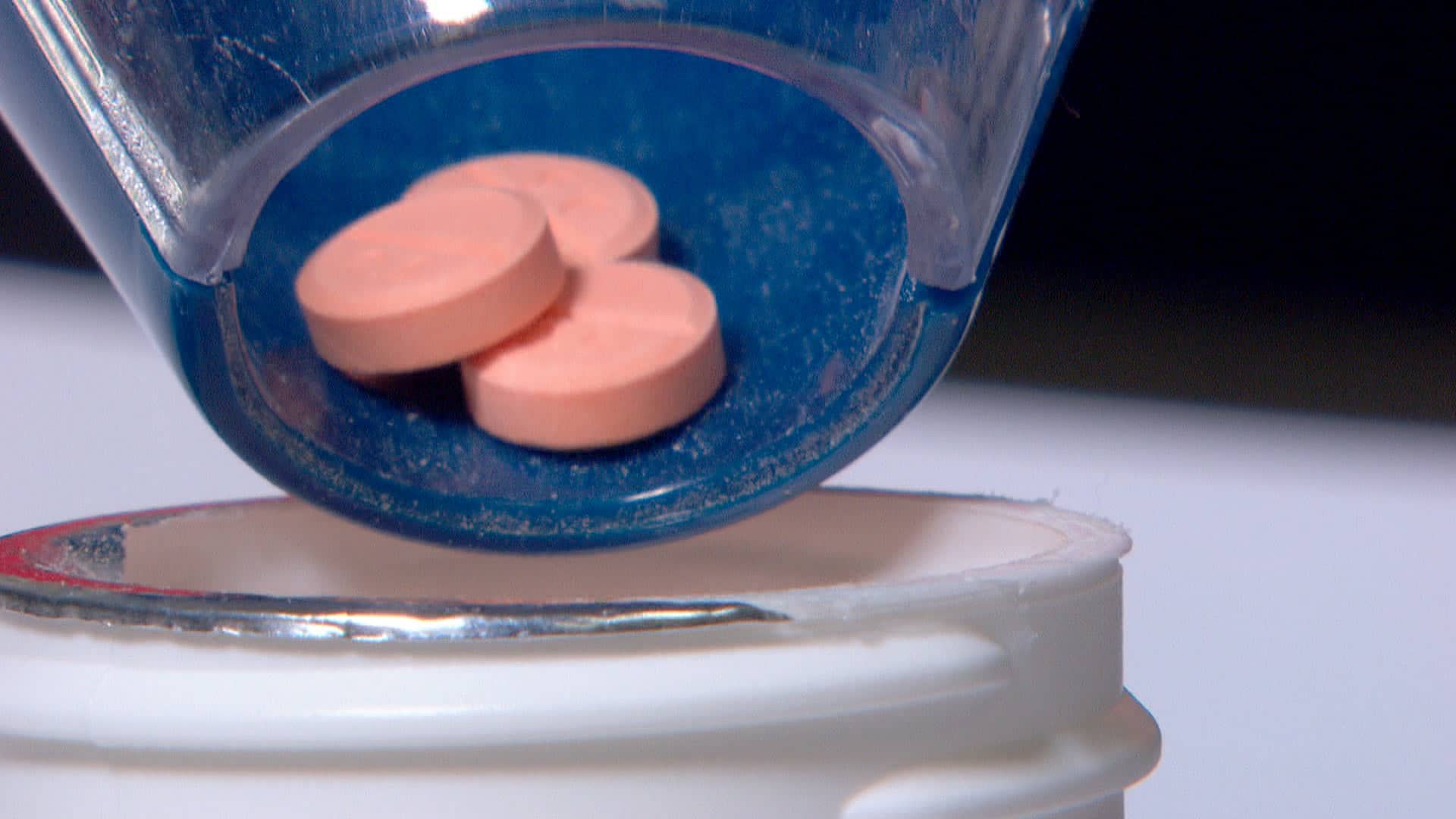 A new study shows seniors in New Brunswick use sleeping pills more than other Canadians and recommends alternatives for a good night’s rest. 2:03

He also expressed concern about the zopiclone, a blue pill and nonbenzodiazepine commonly prescribed for insomnia.

“If you take it at 11 o’clock at night and then go driving at 10 in the morning, you are as impaired as somebody who has had two shots of vodka and just went driving with a blood alcohol level of .05 to .08. You’re driving like they would be driving,” he said.

Gallant, who also worried about becoming addicted, was not part of Gardner’s study, but did take courses to learn anxiety-management strategies and relaxation techniques. With his doctor’s help, he was able to wean himself off the medication entirely.

He now walks four kilometres a day in Quispamsis, N.B., where he lives, and said his general mood and quality of life have improved. He still takes naps, but says the pandemic has also affected his sleep, and hopes it will settle out even more when COVID-19 is no longer a concern.

He and his wife, Gail Gallant, who also struggles with sleeping, say they hope Gardner’s research will help other seniors. The study’s results are expected in early 2022.

“I think our problem is we don’t have the knowledge and we need to be educated,” she said. “If we knew other ways of dealing with it, we would.”