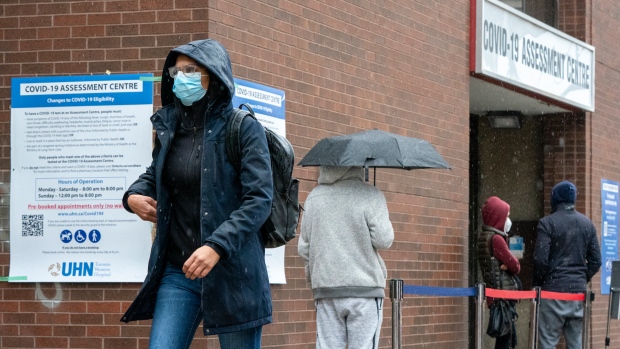 TORONTO — In what is believed to be the first Canadian study of its kind, researchers have discovered what they describe as a “significant number of asymptomatic infections” of the novel coronavirus among health-care workers

The researchers from Toronto’s University Health Network (UHN) report that about 14 per cent of those who tested positive for coronavirus infection had no symptoms.

The study suggests that routine rapid testing will help identify unrecognized infections, and could help prevent outbreaks in health-care settings and seniors’ homes.

“We were able to find them sooner and isolate them,” Dr. Deepali Kumar, lead author of the study and an infectious disease physician at UHN, told CTV News.

Kumar’s team recruited more than 1,600 health-care workers at the UHN’s three sites in Toronto and gave them regular PCR tests.

Only a small fraction of the workers tested positive for COVID-19 antibodies — but of those who did, one in seven were asymptomatic and may have been able to transmit the virus, Kumar said. Studies show the viral load is highest in the early days of the infection.

However, there is a continuing controversy in the medical community about the value of asymptomatic testing

However, Kumar says her group’s study offers evidence that it may be important.

“There are sufficient asymptomatic people out there to require routine testing,” she said.

About one-third of the health-care workers in the study who tested positive but were initially symptom-free eventually became ill with COVID-19 within the following days. None of those cases required hospitalization or resulted in death, Kumar said, while the remaining two-thirds of asymptomatic positive cases never developed any symptoms at all.

The researchers also found that none of the workers contracted COVID-19 while treating patients in hospitals, which suggests their personal protective equipment offered adequate protection and the infections were likely from community exposure.