You Are Here Home Health News 14-day quarantine to be mandatory for all entering Manitoba, Pallister says 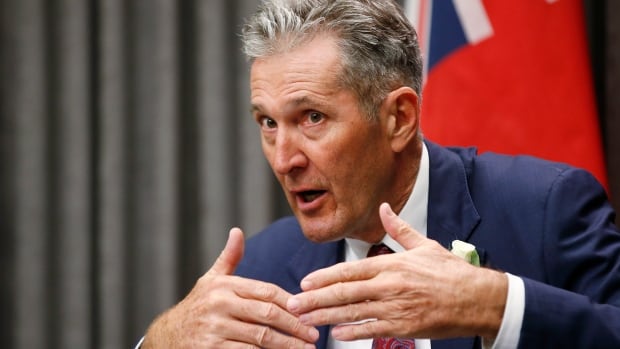 Anyone entering Manitoba, including people coming from Western Canada, will have to self-isolate for 14 days starting Friday.

“These measures are necessary to protect us from a more deadly version of the coronavirus that is not, as some would sadly hope, a short-term thing,” he said.

The travel restriction is designed to stop non-essential travel, by land or by air, and applies to people visiting the province and returning Manitobans.

The order is being made out of an abundance of caution, in response to the “real danger” of COVID-19 variants, Pallister said.

Manitobans who are currently out of the province have until 11:59 p.m. Thursday to return without having to self-isolate. If they arrive after that, they’ll have to quarantine for two weeks.

That includes people entering from northern and Western Canada and from west of Terrace Bay in Ontario, who did not have to self-isolate under previous health orders.

Current exemptions to self-isolation measures are still in effect, including those travelling for essential interprovincial work and people travelling for medical reasons.

People living in border communities travelling to another province for essential reasons, such as to get groceries, are also exempt, Pallister said.

The premier is also calling on the federal government to bring in additional restrictions and enforcement for international travellers coming into the country.

In a rare statement of regret, Pallister said he wishes he had taken more steps to enforce public health measures earlier.

“If I have a regret from last year, I would suggest it was that we were trying too hard to educate, perhaps, and not enough maybe to make it clear that there are serious consequences if you don’t want to abide by the rules,” he said.

“We don’t want to make those mistakes again. We want to learn from them.”