Toronto police arrested three people amid anti-lockdown protests in the city on Saturday, including two people who allegedly organized the demonstrations and a protester who allegedly assaulted a police officer.

Toronto police also laid 18 charges of failure to comply with the provincial stay-at-home order that’s currently in effect. A Toronto Police Service spokesperson said they were unable to say if it was 18 individuals who were charged or if some individuals are facing multiple charges. No further information has been released on the exact offences

A large group flouted the province’s stay-at-home order by staging an anti-mask protest in Toronto’s Yonge-Dundas Square before marching down Yonge Street. Toronto police later reported there were two large gatherings in the core.

Video shared on social media showed a line of police officers in the square, with one warning people to disperse. There was also at least one video of an apparent arrest.

Toronto police said two people, a 49-year-old man and 38-year-old woman, were arrested and each face a criminal nuisance charge. Police allege they were the event organizers.

“The Toronto Police Service continues to respond to calls to attend large gatherings and will take steps to disperse. Police will issue tickets and summonses to individuals when there is evidence of non-compliance of the provincial order,” police said in a news release.

Police said more details about tickets and fines could be released in the coming days.

Another video shows Henry Hildebrandt, a pastor from Aylmer, Ont., who has been critical of the province’s lockdown orders, hanging out of an SUV window to hug and high-five maskless demonstrators.

This is the first weekend the order has been in place, and questions continue to swirl about how it will go — including how police will enforce the rules. Others are worried about people who aren’t protesting but who could be the target of a crackdown during the stay-at-home order.

Dr. Naheed Dosani, a palliative care physician, told CBC News Network he’s concerned people of colour or those dealing with poverty will be the target of law enforcement. 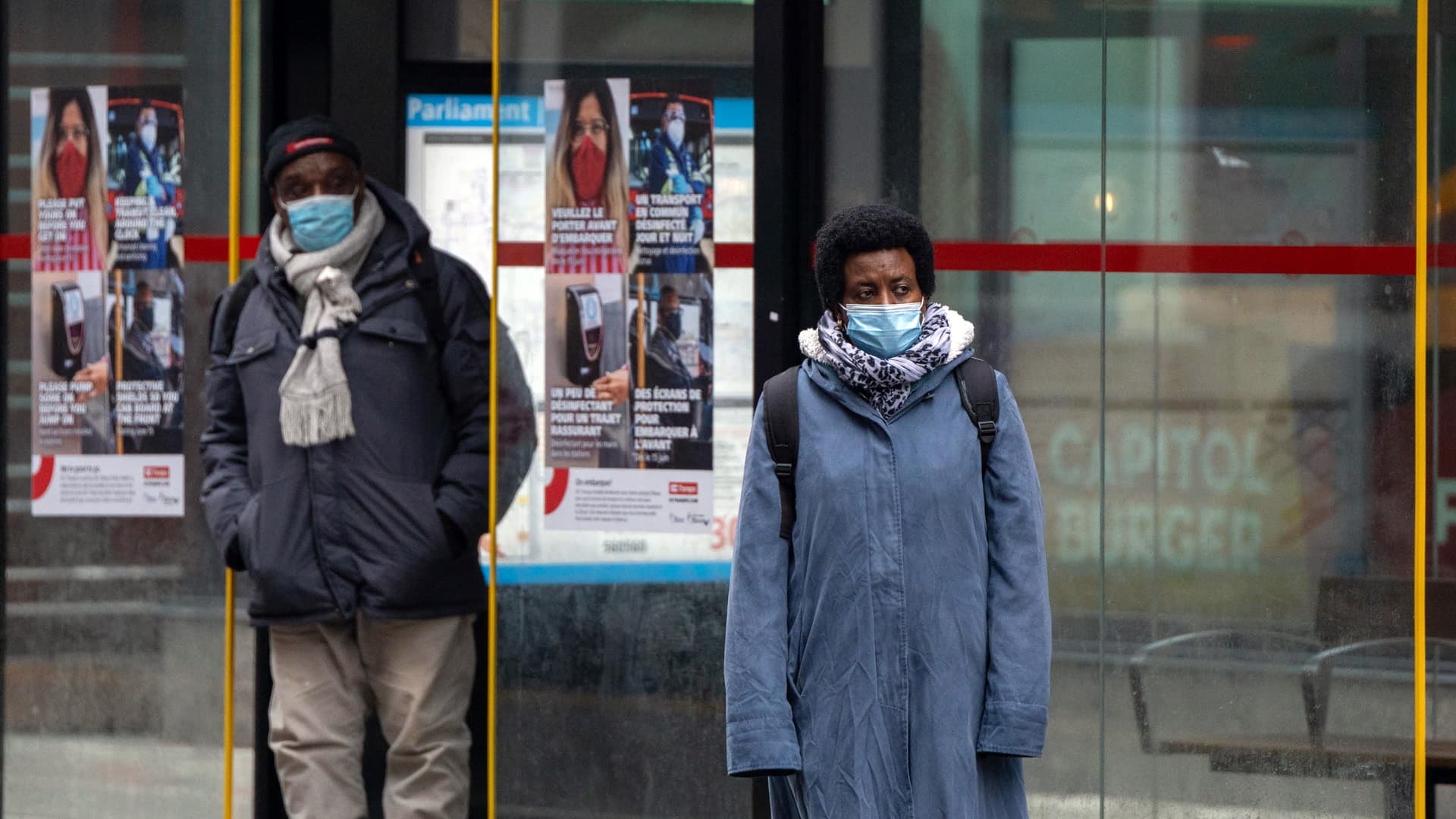 Advocates worry police will come down hard on already vulnerable communities, doing more damage than helping the cause. ‘We cannot police our way out of this pandemic,’ palliative physician Dr. Naheed Dosani said. 7:08

Health Minister Christine Elliott continued to urge people to stay inside and away from others as much as possible.

“Stay home, stay safe, save lives,” she said on Twitter.

Earlier, Ontario announced 3,056 new COVID-19 cases and 51 more deaths — as well as a record-high number of coronavirus patients in intensive care. The province is also tweaking its vaccination plan to deal with a looming shortage of Pfizer-BioNTech vaccine.

There are now a record 420 COVID-19 patients in the province’s intensive care units, new data from Critical Care Services Ontario shows. Provincial data is slightly behind but shows 1,632 people are hospitalized with the novel coronavirus and at least 281 of those patients require a ventilator.

The province also recorded 51 more deaths, a day after reporting a record 100 deaths on Friday. In total, 5,340 Ontarians with COVID-19 have died since the start of the pandemic early last year.

The seven-day average of new cases declined to 3,218, and the provincewide test positivity rate was 4.9 per cent, with 73,875 tests completed. A further 3,212 cases were marked resolved.

Nothing like an anti-mask parade with a very special guest. 😝 <a href=”https://t.co/2cUk4rRBFk”>pic.twitter.com/2cUk4rRBFk</a>

Elliott said the province has now administered 189,090 vaccines in the province. However, the vaccine rollout will soon face another hurdle.

The federal government announced Friday that Pfizer-BioNTech will deliver fewer vaccines to Canada in the near future as it reworks some of its production lines.

In Ontario, provincial health officials say the first phase of the vaccination plan will continue, but the second dose of the Pfizer vaccine will now be pushed back from 21 to 27 days for those in long-term care or retirement homes, or for those caring for seniors.

Other recipients, such as health-care workers, will see their second dose pushed back to between 21 and 42 days after the first jab.

Those who received the Moderna vaccine will see no change, as the second dose of that vaccine is delivered 28 days after the first.

Shoppers stocking up at big box stores in the Greater Toronto Area could see provincial inspectors this weekend.

The government said earlier this week that 50 inspectors will be out to ensure big box stores are complying with the province’s new rules. Walmart and Costco, for example, have been able to stay open during Ontario’s lockdown, while most small stores have been reduced to curbside pickup.

The inspectors, who will be joined by local bylaw and police officers, have recently been invested with the authority to fine individuals — both employees and customers — up to $750 for failing to wear masks properly and to physically distance.

Inspectors will also be checking to ensure that big box retailers are actively maintaining in-store capacity at a maximum of 25 per cent, Labour Minister Monte McNaughton said.

“If these conditions are not met, I will not hesitate to shut down any big box store anywhere in this province,” McNaughton said earlier this week.