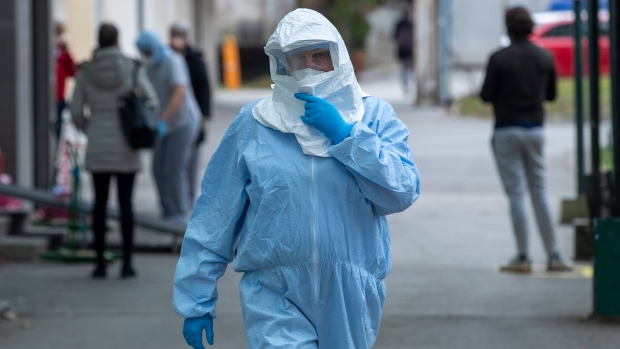 BERLIN — Switzerland, Austria and Croatia confirmed their first cases of COVID-19 disease Tuesday and said all those affected had recently travelled from the Lombardy region in Italy, where the virus emerged as a fast-growing cluster last week.

A 70-year-old man from Switzerland’s southern canton (state) of Ticino, which borders Italy, tested positive after returning from a trip to Milan, the head of the Swiss Federal Office for Public Health said.

The man is being isolated at a clinic in Lugano while authorities try to trace anyone he had contact with, Pascal Strupler said. It is the first case in Switzerland, but Strupler said it was likely the country would see more in future.

Authorities in the western Austrian state of Tyrol said a woman and a man, both 24-years-old and from theBergamo area in Lombardy, drove to Austria in their private car on Friday, the same day the coronavirus cases in Italy spiked.

The woman fell ill Saturday and developed a fever Sunday, said Guenter Weiss, a senior doctor at Innsbruck’s university hospital. The woman’s boyfriend got a fever and a sore throat Sunday.

The couple reported themselves to authorities late Monday. Both are in a stable condition with only mild symptoms but will be kept in isolation until the weekend, said Weiss.

“We have to work on the assumption that due to the proximity to Italy, one or the other case may still come,” he added.

Franz Katzgraber, the head of the Tyrol state health department, said authorities are currently tracing possible contacts the patients may have had in Austria.

Herbert Kickl, a former Austrian interior minister who heads the far-right Freedom Party, immediately called for border crossings to be “reduced to a minimum.”

“Everything must be done to stop the virus from spreading further in Austria,” said Kickl, who also called for illegal immigrants and asylum-seekers to be put in quarantine.

Croatia also confirmed its first case Tuesday, a man who had travelled to the Italian city of Milan.

Prime Minister Andrej Plenkovic said it’s a “younger man, with a mild form of the disease” and that he has “been isolated and his condition is good.”

The German Red Cross said people who have recently travelled to areas with local transmission of the virus, such as parts of northern Italy, will be prevented from giving blood for four weeks.