You Are Here Home Health News 3 more people die of COVID-19 in B.C., bringing total to 103 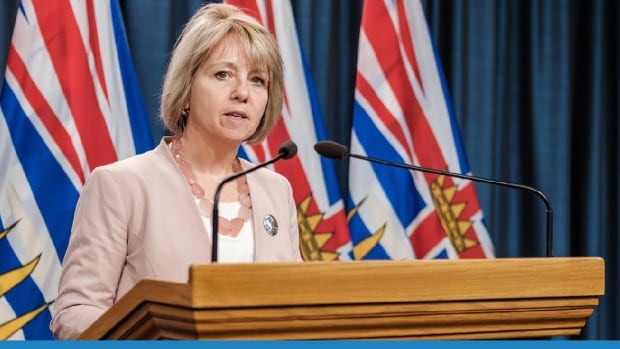 One hundred and three people have now died of COVID-19 in B.C. after three more deaths were recorded over the last 48 hours.

In her daily briefing on Monday, provincial health officer Dr. Bonnie Henry announced that 50 new cases have been confirmed over the last 48 hours, bringing the province’s total to 1,998 to date. Ninety-seven patients are now in hospital, including 36 in intensive care, and 1,190 people have recovered from their illness.

Henry said B.C.’s new testing strategy, which provides for anyone with symptoms to be tested, has allowed for greater surveillance of the disease’s spread, but the majority of new confirmed cases continue to be connected to known oubreaks.

She said the numbers suggest that B.C. is getting closer to the point where it will be possible to start lifting some of the restrictions on daily life and business activity, but that will still take careful planning for a “made-in-B.C.” approach.

“Nobody wants to see a resurgence. So we’re watching carefully,” Henry said.

The latest numbers include two more outbreaks at long-term care centres in the Fraser Health region, both of which involve a single person who has tested positive, Henry said.

Right now, there are 21 active outbreaks in long-term care, and three in acute care units of Lower Mainland hospitals. Twelve outbreaks in these facilities have now been declared over. In total, 389 people connected with these homes and hospitals have tested positive for COVID-19.

A total of 25 cases are now connected to the outbreak at Superior Poultry in Coquitlam and 34 people at United Poultry in Vancouver. Mission Institution has had 118 confirmed cases of COVID-19 to date, including 106 inmates.

Eleven B.C. cases are linked to the outbreak at the Kearl Lake oilsands project in northern Alberta, and Henry said public health workers are trying to trace the whereabouts and personal contacts of everyone who has been to the worksite since March 24, so they can be told to self-isolate immediately.

Henry said that any restarting of the economy will depend on employers taking proper care of their employees, including implementing protective measures and not penalizing people for taking sick days.

Health Minister Adrian Dix told reporters that the province will have five priorities for moving forward: limiting transmission of the virus as much as possible; making sure hospitals aren’t overrun; ensuring non-COVID health problems are being addressed; reopening the economy; and allowing for social interaction.

Cases worldwide surpassed three million on Monday. In Canada, Quebec and Ontario, the provinces with the most COVID-19 cases, announced plans for reopening over next few months.

If you have a COVID-19-related story we should pursue that affects British Columbians, please email us at impact@cbc.ca