Obtaining the Campaigns list from the server has failed!
Server response:
CM Ad cahger Server plugin is not active on https://legendarygroup.co/admanager/
You Are Here Home Health News 7 day average increases 32 per cent in 4 days as B.C. records 742 new cases of COVID-19 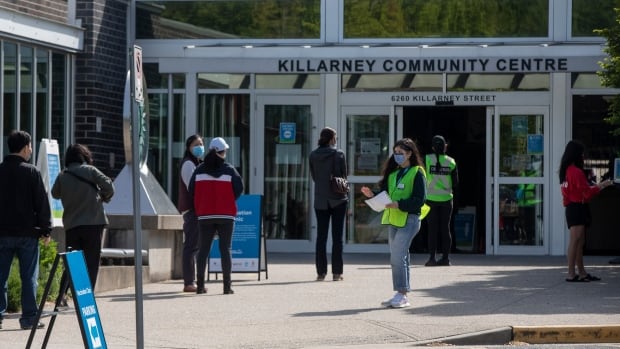 B.C. health officials have announced 742 new cases of COVID-19 and one more death over the last four days, an average of 185 new cases a day.

The province’s seven-day rolling average increased 32 per cent over the long weekend to 196, the highest it’s been since June 5.

In a written statement, the provincial Ministry of Health said there are currently 1,544 active cases of people infected with the novel coronavirus in B.C., the highest since June 13.

The new cases by day are:

Overall hospitalizations, which typically lag behind spikes and dips in new cases, are up 20 per cent per cent from last Tuesday, when 44 people were in hospital with the disease.

As of Tuesday, 81 per cent of those 12 and older in B.C. have received their first dose of a COVID-19 vaccine and 67 per cent a second dose.

The delta variant is thought to be significantly more contagious than the early strain of the SARS-CoV-2 coronavirus that first swept around the world.

The variant, which was first discovered in India in late 2020, now accounts for the majority of cases in Canada and various other countries.

Scientists estimate it’s spreading roughly 50 per cent faster than the alpha variant, which was 50 per cent more contagious than the original virus strain, according to the Yale School of Public Health.

But the good news is that leading vaccines, including those approved for use in Canada, do appear to ward off serious disease that can lead to hospitalization or death.

More than half of B.C.’s daily and active COVID-19 cases are concentrated currently in the Central Okanagan after a rapid rise in cases in the region. A local mask mandate and travel restrictions went into effect in the region last week as a result.

In an effort to increase vaccination rates in B.C., officials have announced a vaccination blitz called “Walk-In Wednesday” that will take place on Aug. 4.

Walk-in vaccine clinics across B.C. are providing a COVID-19 vaccine to any resident who needs one, as the province shifts its immunization campaign into a higher gear.

Health Minister Adrian Dix says the campaign is an effort to make vaccination as accessible as possible.

Dix also said B.C., unlike Quebec, will likely not offer an extra dose of mRNA vaccine to travellers who wish to visit to countries that don’t recognize their vaccination status.

Currently, some countries don’t recognize people as being fully vaccinated if they have received a mix of COVID-19 vaccines.

British Columbians aged 12 and over who have not yet been immunized can register in three ways: