You Are Here Home Health News 80 per cent of new COVID-19 cases in Spain among unvaccinated people, health minister says 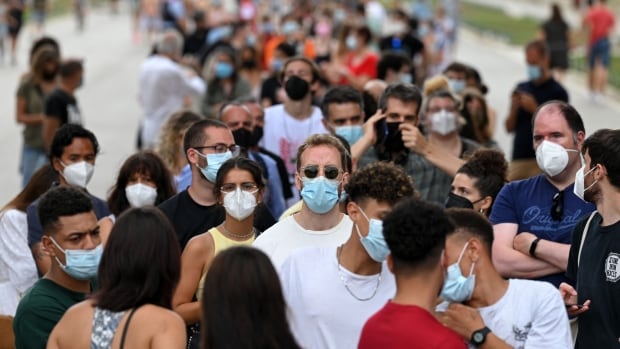 The vast majority of new COVID-19 cases in Spain in the past five weeks were detected among unvaccinated people, the country’s health minister said on Monday, as new infections rose by 27,286.

“We must keep up the rhythm of vaccination we have reached,” the minister told a news conference. “This will give us an important level of protection to allow us to enjoy the summer.”

The number of new COVID-19 cases per day in Spain has been steadily rising since late June, with the 14-day incidence rate per 100,000 inhabitants rising to a little more than 622 on Tuesday.

The country of roughly 47 million people has so far reported a total of just under 4.2 million cases and 81,148 deaths.

Spain is the third fastest country at vaccinating its population, according to database Our World In Data, lagging behind only Canada and the U.K. with 51.3 per cent of Spaniards fully vaccinated and 62.1 per cent at least partially vaccinated.