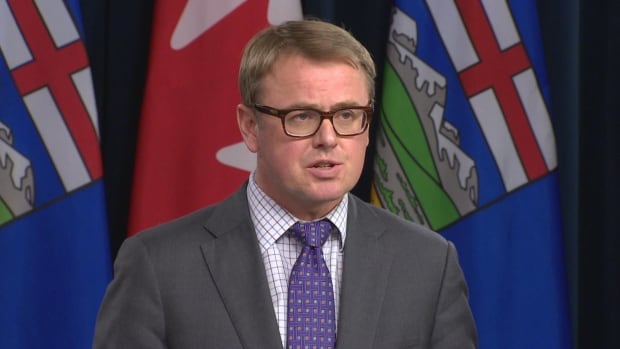 The Alberta government has cancelled controversial changes to the way doctors bill the province that it imposed unilaterally in February.

The reversal of changes to what’s known as “complex modifiers” comes as the province — and its healthcare system — grapples with the ongoing COVID-19 pandemic.

The modifiers allow doctors to charge an additional fee for visits that stretch into 15 minutes.

Doctors were outraged by the changes, which were announced when the government unilaterally scrapped the master agreement it had with the Alberta Medical Association (AMA) without notification.

Since then, the United Conservative Party government has faced a barrage of opposition from the AMA and its members, but has refused to back down until now.

“We’ve heard concerns that this change would result in what has been called ’10-minute medicine,'” Health Minister Tyler Shandro said Tuesday in a news release.

“While we respectfully disagree with that characterization, we are nevertheless halting this change so that doctors can concentrate on the critical tasks at hand.”

The move was welcomed by the AMA.

“This is a significant step in supporting patients and physicians,” said Dr. Christine Molnar, the president of the AMA.

“There is still work to be done. We will work in any venue to advance patient care and to reach a formal agreement between physicians and Alberta Health.”

The new rules would have meant doctors would be able to charge only 50 per cent of the modifier fee starting on April 1 — down to $9 from $18  — before it was eliminated altogether next year. Doctors would have been able to bill more for visits that stretched beyond 25 minutes.

Many doctors said the removal of the fee would stretch their thin margins to the breaking point, but Shandro repeatedly said the UCP government was focused on balancing the books and changes to doctor compensation would save an estimated $2 billion overrun on its budget.

Complex modifiers weren’t the only change imposed on doctors by the government. The other changes included reductions in provincial coverage for liability insurance and cancellation of funding for training.

The opposition NDP wants to see all those changes reversed. Health critic David Shepherd accused the government of forcing changes that would weaken the province’s pandemic response.

“This is not a time for half-measures or grudging partial admissions of failure,” said Shepherd in a news release.

“Doctors need clarity. Minister Shandro must own his mistake, make the simple common-sense choice and restore the contract he tore up in its entirety.”