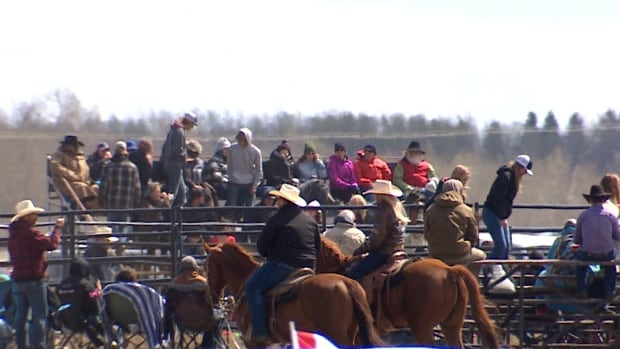 A judge in Calgary has granted an injunction for Alberta Health Services to block a weekend rodeo that was planned in protest of COVID-19-related public health restrictions, dismissing the organizers’ argument that it would be a political rally.

The event is billed as the “No More Jason Kenney Pro Rodeo Rally” and its poster promises “rodeo action all weekend” with $15 tickets being sold at the gate.

Its organizers, Ty and Gail Northcott, were behind an earlier protest rodeo near Bowden, Alta., last month that resulted in charges against them under the Alberta Health Act.

They have pleaded not guilty to those charges.

In Court of Queen’s Bench on Friday, their lawyers argued their upcoming event would be a political rally, which could be legal if public health orders including masking and physical distancing are followed.

But Associate Chief Justice John Rooke was not convinced.