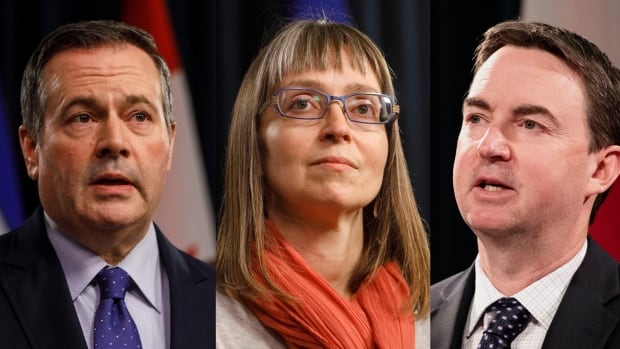 Alberta’s plan to lift COVID-19 public health restrictions will be announced by Premier Jason Kenney at a Tuesday news conference.

Kenney will be joined by Health Minister Jason Copping and Dr. Deena Hinshaw, Alberta’s chief medical officer of health, at the 5 p.m. announcement.

“I will announce Alberta’s path back to normal — a careful and prudent plan to lift damaging restrictions if pressure on our hospitals continues to decline,” Kenney said in a morning post on Twitter.

CBC News will carry the news conference. Watch it here.

Kenney said last Tuesday he was optimistic the province would be able to relax some public health measures by the end of February providing hospital pressures decline. On that date, there were 1,585 people in hospital with COVID-19, including 109 in intensive care.

As of the most recent update, there are 1,542 people in Alberta’s hospitals, including 118 patients in ICU.

Alberta is not alone in its plans to lift restrictions.

Saskatchewan Premier Scott Moe announced on Tuesday that Saskatchewan will end its vaccine passport policy on Monday, Feb. 14. Ontario and Quebec have also signalled their intentions to ease mandates aimed at containing the spread.

Kenney has said restrictions would be lifted in phases, with the restrictions exemption program —  Alberta’s vaccine passport system —  being among the first to go, he said.

The  program requires people in Alberta to show proof of double vaccination, a negative rapid test result taken within the past 72 hours or documentation of a medical exemption in order to enter businesses or public facilities where the program is in place.

Since the pandemic began, Alberta has reported a total of 3,673 COVID-19 deaths.

There are now 30,094 known active cases in the province. That number only includes the positive results from PCR tests, which are not available to most Albertans.