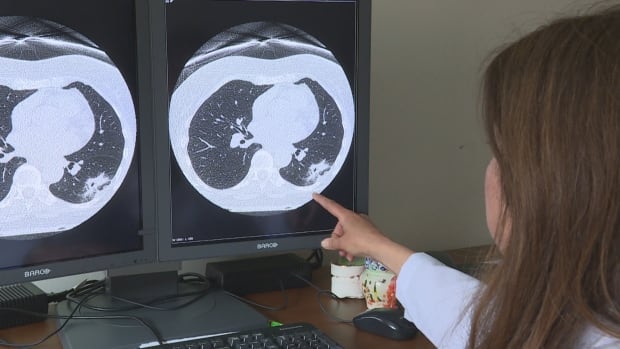 Radiologists are “bewildered and demoralized” after the Alberta government gave notice on Friday, amid the global COVID-19 pandemic, that it would be terminating contracts signed months earlier with three of the largest diagnostic-imaging providers in the province, says the head of their professional association.

Dr. Robert Davies, president of the Alberta Society of Radiologists, which represents more than 90 per cent of radiologists in the province, said the notice of termination came as a shock to members.

“The radiology groups that provide the majority of service in Edmonton and Calgary, including the major hospitals, just signed a contract in November that included a 12-per-cent average rollback in their fees, based on a recent arbitrator’s decision,” Davies said.

“It was also retroactive back to April 1 of 2018. So it actually involved, when the contract was signed, the groups cutting cheques back to AHS.”

“It really it seems like as soon as AHS had the cheques in hand, they’ve now issued a notice to terminate the contracts,” Davies added. “It really feels like more bad-faith bargaining from the government. We’re really not sure why they’ve done this.”

Alberta Health Services confirmed in a tweet that it gave the notice “last week” to radiology providers in Calgary and Edmonton, saying it was acting “at the direction of the minister of health.”

Province aims to save money

The one-year-notice clause in the existing contracts mean they will be terminated in March 2021. The contracts will be tendered within the year, according to AHS, which expects the move will save money.

“Savings will go to provide additional scans for patients,” it said in a tweet Monday afternoon.

In an email Monday evening, Health Minister Tyler Shandro’s press secretary Steve Buick said the termination notice was given “in order to bring fees in line with comparable provinces and reinvest the savings to increase the number of scans performed.”

He said AHS pays radiologists at “far higher rates” than what health authorities pay for comparable work done in British Columbia and Ontario.

“Alberta radiologists bill Alberta taxpayers approximately $1.1 million per year on average,” Buick said. “This is in addition to private billings they might have.”

‘This is not the right time’

Dr. Ernst Schuster, president of the Edmonton Zone Medical Staff Association, described the province’s move as “yet another measure at the most inopportune time” in the Alberta government’s interaction with doctors.

Last week, hundreds of Alberta doctors signed onto a letter urging the provincial government to pause or rescind its plans to make sweeping changes to doctors’ compensation, in the wake of the COVID-19 pandemic.

“This is not the time when you should start cancelling contracts with the medical profession,” Schuster said in an interview Monday. “This is not the right time to do it.”

On Monday, the Canadian Association of Emergency Physicians said “Canada sits on the precipice of a potential public health disaster,” as cases of COVID-19 continue to spread.

Schuster said physicians of all types are already on the front lines of the pandemic response and cancelling contracts at this point only adds more tension at a moment that’s already extraordinarily tense.

“We are sticking our neck out. We are endangering ourselves and our families and we really need to be acknowledged as a valuable resource,” he said.

“I would endorse fair bargaining, as we have always done in the past,” he added. “But don’t just cancel contracts on us in the midst of a pandemic. That just doesn’t seem right.”

‘It really doesn’t make any sense’

Davies said roughly half the radiologists in the province work through the three groups whose contracts are being terminated: Medical Imaging Consultants, Mayfair and EFW. That represents about 200 physicians.

All those people are now uncertain if they will have a job in a year’s time, he said.

“They are bewildered and demoralized that, in the middle of a global pandemic, that this was actually somebody’s priority to do this,” Davies said. “We’re front-line providers, highly relevant to the diagnosis and treatment of COVID-19, and especially of the sickest patients in the hospitals.”

He said a “significant subset” of the affected radiologists “will absolutely be at risk as they do procedures on the sickest patients with COVID-19.”

“How people at [Alberta] Health thought that this would be helping anyone, under our current circumstances, is really beyond me and the doctors that I try to speak for,” he said.

“I’m hoping for a phone call from the minister of health or someone at [Alberta] Health to explain why this was necessary at this time. It really doesn’t make any sense, from a policy standpoint, with what we’re dealing with.”