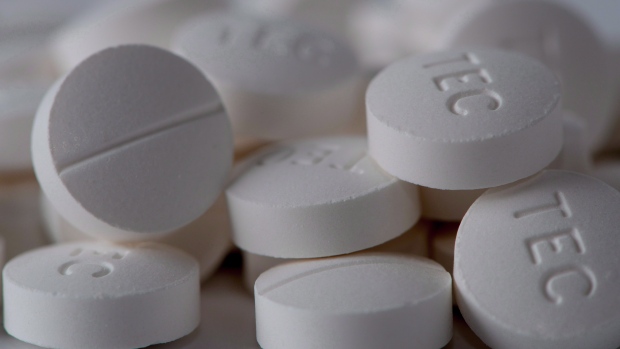 The global business consulting firm McKinsey & Company has agreed to a US$573 million settlement over its role in advising companies on how to “supercharge” opioid sales amid an overdose crisis, a person with knowledge of the deal told The Associated Press on Wednesday.

The person was not authorized to speak publicly about the deal ahead of Thursday’s planned announcement and filings in courts in 47 states, the District of Columbia and five U.S. territories.

McKinsey did not immediately respond to a call or email from the AP Wednesday night.

Without naming McKinsey, the attorneys general in at least North Carolina and West Virginia have scheduled announcements for Thursday morning regarding the opioid crisis. And Washington Attorney General Bob Ferguson said in a statement that the state would file a consent decree Thursday involving McKinsey “that will result in corporate reforms and more than $13 million to Washington state for opioid treatment, prevention and recovery efforts.” Ferguson said that was separate from the multistate deal.

Most of the money in the national settlement, which was first reported by The New York Times, would be sent to the states in less than a year, and would be used to abate the national overdose crisis. Prescription opioids and illegal ones such as heroin and illicit fentanyl combined have been linked to the deaths of more than 470,000 Americans since 2000. And the epidemic has deepened amid the coronavirus pandemic.

State and local governments have been filing lawsuits over the past few years against companies that make and sell prescription opioids for their role in the crisis. But going after a consulting firm is a new wrinkle in the litigation.

McKinsey provided documents used in legal proceedings regarding OxyContin maker Purdue Pharma, including some that describe its efforts to help the company try to “supercharge” opioid sales in 2013, as reaction to the overdose crisis was taking a toll on prescribing.

Documents made public in Purdue proceedings last year include include emails among McKinsey. One from 2008, a year after the company first pleaded guilty to opioid-related crimes, says board members, including a Sackler family member, “`blessed’ him to do whatever he thinks is necessary to `save the business.”‘

Purdue is in bankruptcy court to try to settle lawsuits against it. The company has proposed a settlement that could be worth $10 billion over time. The company last year also pleaded guilty to criminal charges in part of a settlement with the federal government. Both Purdue and members of the Sackler family who own the firm agreed to pay $225 million to the U.S. government as part of the deal.

A group of the largest drug distribution companies plus drugmaker Johnson & Johnson have also been working on a national settlement.