You Are Here Home Health News As U.S. hospitals fill up, doctor hopes viral photo will serve as a warning

For Dr. Joseph Varon it was a chance to offer a moment of comfort amidst so much uncertainty, a moment that he didn’t realize would touch so many lives beyond the elderly patient in front of him.

The chief of staff at Houston’s United Memorial Medical Center was going through the COVID-19 unit when he came upon an elderly man alone in his room overcome with grief.

Varon didn’t realize at the time that the photo was being taken. He often allows the media access to his health-care facility and that day he was being shadowed by Getty Images photographer Go Nakamura.

The image, posted to Facebook, spread quickly across social networks. It captures the anguish felt by many of the thousands of people in COVID-19 units, where patients aren’t allowed to have visitors, and health-care workers must don the protective gear that Varon calls a “space suit.”

It’s a scene playing out across the United States with increasing frequency, as hospitals fill up in record numbers with COVID-19 patients. There were more than 100,750 patients in U.S. hospitals with COVID-19 as of Dec. 3, the most recent date for which the data was available, and the highest number since the pandemic began, according to the COVID Tracking Project.

About 14.3 million people have been diagnosed with coronavirus in the U.S., according to statistics kept by Johns Hopkins University. And with more than 277,000 dead, the U.S. now has 102,000 more deaths due to the coronavirus than Brazil, which has the second-highest number of deaths and about 6.5 million cases.

And the situation in the U.S. is expected to get worse. The Institute for Health Metrics and Evaluation estimates that if the country remains on its current trajectory there will be 345,435 deaths by Dec. 31.

The latest numbers follow a staggering November in which the U.S. set a new record of more than four million cases in the month. That’s more than double the previous record set in October, with the impact being felt in health-care systems across the country.

WATCH | Answering a call for help:

Dr. Joseph Varon, chief of staff at United Memorial Medical Center in Houston, said a cry from a patient prompted a spontaneous hug in a difficult moment.  (Go Nakamura/Getty Images)   1:53

“The hospitalizations reflect the fact that we are entering the first full winter season of the pandemic in the northern hemisphere, and there have not been huge efforts to prevent transmission in much of the United States,” Hanage said.

A difficult road ahead

The grim statistics come at a time of heightened optimism that the end of the pandemic is near, with the potential arrival of vaccines in the coming weeks. But that optimism is being tempered by a stinging dose of reality from the head of the U.S. Centers for Disease Control.

“December and January and February are gonna be rough times. I actually believe they’re gonna be the most difficult time in the public health history of this nation,” CDC director Robert Redfield said Wednesday.

Speaking at an event hosted by the U.S. Chamber of Commerce, he said one of the most concerning things about the current situation is that 90 per cent of U.S. hospitals are “red zones,” or areas of high infection, so there’s a high risk of going over capacity.

“We are at a very critical time right now about being able to maintain the resilience of our health-care system,” Redfield said.

He pointed out that in the spring, the hotspots were limited to a handful of cities, and health-care resources could be shifted from other areas, something that can’t happen now with the pandemic covering the entire country.

However, Hanage says that parts of the country are experiencing the pandemic differently, largely due to a patchwork of precautions.

So New York City, where masks are required in most settings where physical distancing isn’t possible, isn’t seeing hospitalizations reach a point as bad as in the spring. While in North and South Dakota, which have resisted making masks mandatory, the incident rate is among the highest in the world.

In Rhode Island, the state has opened two field hospitals to help the system as it nears capacity, with the Governor Gina Marie Raimondo calling on anyone with experience in healthcare to help deal with staffing shortages.

WATCH | The risk of no more hospital beds 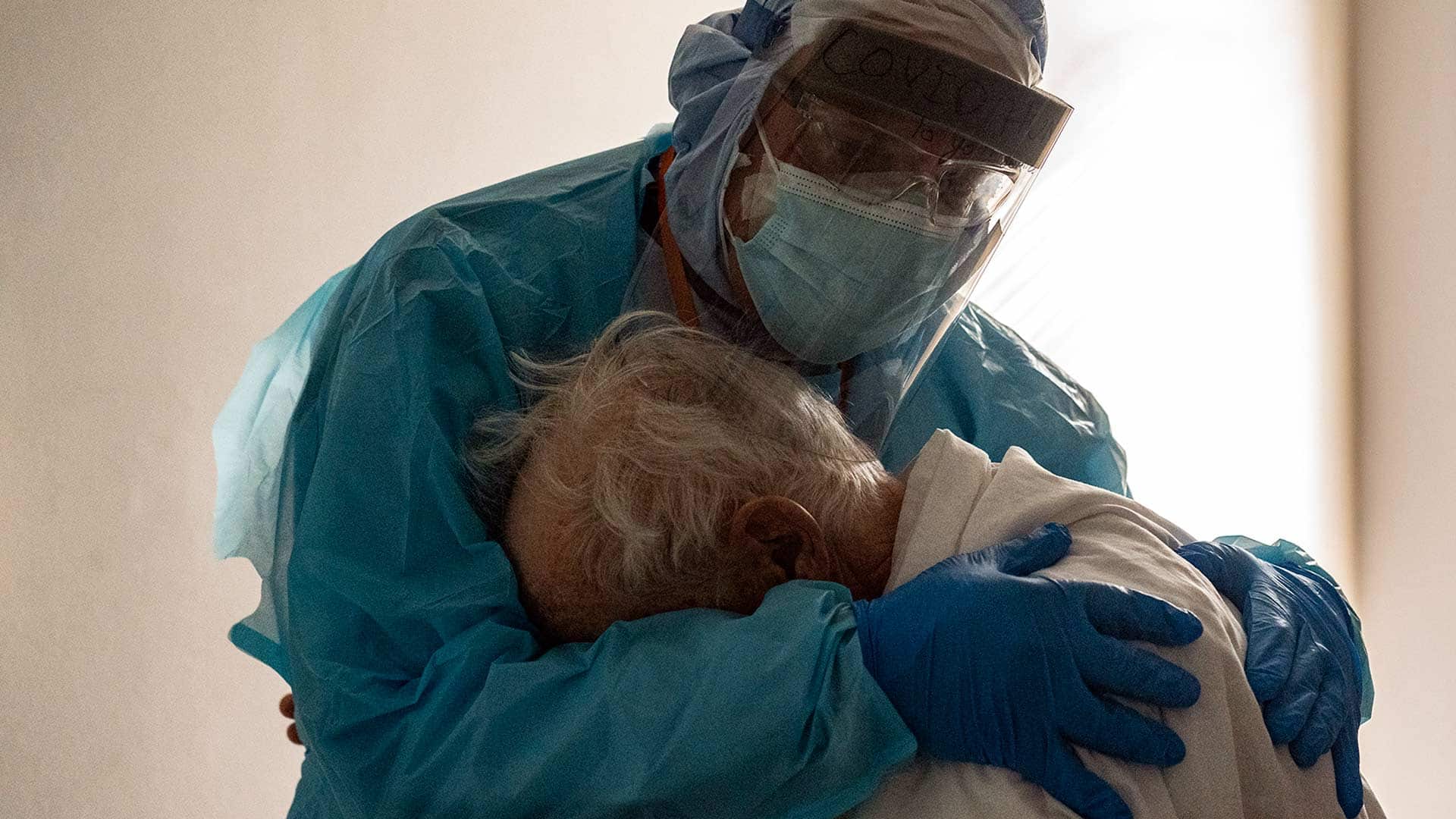 Hospitals across the U.S. are now seeing more COVID-19 patients than at any other time in the pandemic. Many are nearing their limit, while some states have built field hospitals to boost capacity. 2:01

In California, Governor Gavin Newsom announced new stay-at-home orders will be triggered in certain regions across the state if intensive care unit capacity drops below 15 per cent.

In Ohio, a grim bellwether of difficult days ahead came with the arrival of refrigeration trucks outside some health-care facilities as morgues fill up.

“When you see refrigerator trucks, that’s a pretty good kick in the teeth for us to understand that this is the reality. This is what we’re facing,” Ohio Governor Mike De Wine said during a coronavirus briefing Thursday.

The message from public health authorities and front-line workers across the country is to follow basic steps to prevent the virus, from mask wearing, to physical distancing, to remaining home as much as possible.

Meanwhile, the effects of a busy Thanksgiving holiday travel season are just starting to ripple through the system and there are fears that more travel and large gatherings over Christmastime could lead to more infections.

Hanage says the Christmas holidays are particularly worrisome because it’s possible that older people, who are more vulnerable than other age groups, will be at large gatherings. He also worries that the country will suffer because of the places taking the fewest precautions.

“We’re only as strong as the weakest link, and unfortunately, there are a lot of places in the United States which have been pretty weak.”

At United Memorial, Varon says his small community hospital is essentially being overtaken by COVID-19 patients. Out of 120 beds, he said 88 were for COVID patients, and that number is rising every day.

Varon echoed Redfield’s comments about what’s to come, but took a more blunt tone when asked how he feels about people travelling and gathering in large numbers over the holidays.

“I would like to slap them,” Varon said. “Because of people like them, the next six weeks are going to be the darkest weeks in modern American medical history. Simple as that.”

He blames COVID fatigue for causing people to drop their guard, and while he understands the feeling, he says people need to understand why health-care workers are speaking out.

“We health-care providers are also humans, we also feel your pain and I like to tell people: ‘Look at the picture, because I do not want you to be on the next picture.'”