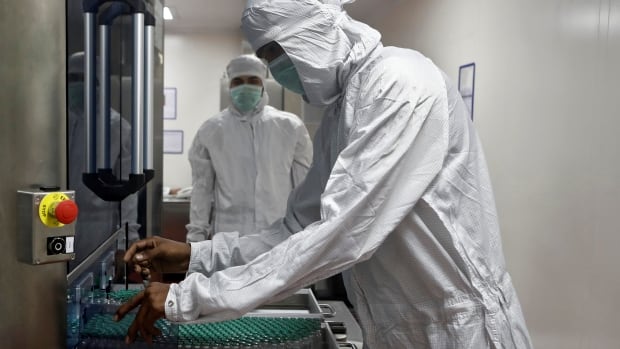 Health Canada’s chief medical adviser said today the department is poised to make a decision on whether to authorize a promising COVID-19 vaccine from AstraZeneca in the coming days.

Dr. Supriya Sharma told the House of Commons health committee that the regulator has received all the necessary scientific information from the company but is still looking into questions about labelling and the product monograph — the information disseminated by Health Canada to medical professionals about how and when a vaccine should be administered and in what groups.

The department has said for weeks its decision on the product would be released soon.

“That review is ongoing. It is in the final stages and the length of time that that takes is really dependent on a number of factors,” Sharma said, adding the regulator has put some questions to AstraZeneca and is awaiting responses.

Other countries — notably Australia, the European Union and the United Kingdom — already have authorized the product for use in their jurisdictions, but under different conditions.

In Australia, for example, the product was approved but regulators there recommended a three-month wait between shots because data suggest the product’s efficacy rate improves with a longer interval. The European Medicines Agency recommended a dose interval of between four and 12 weeks.

“It’s complicated. We know that we’ve got different regulators looking at the same data for AstraZeneca and are making different decisions based on the science. That’s why this is taking a little bit longer than the ones we’ve done before,” Sharma said.

“We’re going back and forth with the company,” she said, adding discussions on the “terms and conditions” of the product are still ongoing.

The United States has not yet approved the shot for the American marketplace.

Health Canada and the U.S. Food and Drug Administration (FDA) approved the Pfizer and Moderna products within days of one another last December.

Unlike those two shots, which are based on mRNA technlogy, the AstraZeneca uses a more conventional viral vector load vaccine technology.

The company has faced questions about its decentralized manufacturing process — the product will be made at different sites worldwide, sometimes by third parties — its stage three clinical trials and the product’s effectiveness against emerging variants.

Some jurisdictions, notably France, have restricted the vaccine to people under the age of 65 despite the World Health Organization’s insistence that the product is safe and effective for all age groups.