You Are Here Home Health News B.C. could be reaching the ‘maintenance phase’ of its COVID-19 pandemic. Here’s what that means 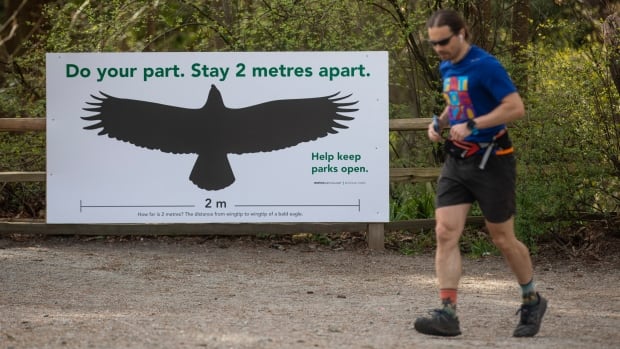 “Steady as she goes” is a strange phrase to think of as a positive in a global pandemic, but it could be where British Columbia lies.

Hospitalizations and active cases of COVID-19 have been stagnant for the last 10 days. The number of new cases and deaths continues to increase, but at a slower rate than two weeks ago.

It’s at the point where chief medical officer Bonnie Henry’s daily news conferences have a repetitive presence to them — offering a statistical update or piece of advice to young people here or an explanation to journalists about strategy there.

“We’re showing very strong signs the situation is under control, so to speak,” said Mohsen Sadatsafavi, a University of British Columbia professor specializing in disease modelling and projection.

Sadatsafavi said B.C. could be reaching a “maintenance phase” of the COVID-19 response.

It means the province can continue with its current prevention methods — including limiting health-care workers to one facility — but also prepare for when certain activities can be allowed again.

“That’s actually quite a nice way of calling it,” said Daniel Coombs, a UBC mathematics professor who has been working with the provincial government in developing its projections for the outbreak.

“I guess it also raises the question as to when does the maintenance phase end and how do we end it?”

At this point, that’s an impossible question to answer definitively. Coombs said he doesn’t have a magic number on what that would look like in terms of hospitalizations or active cases, and the modelling he’s working on isn’t expected to be released by the province until April 17.

But if you look at what Henry has said in the past week, there may be some clues.

“We will have a period of time where hopefully this will wane, and we will … go back to some of the activities we’ve been doing,” she said at her daily news conference on Tuesday.

When asked later by CBC News what that meant, Henry mentioned resuming surgeries, a focus on the transportation, education and child-care sectors and looking at opening businesses “where it’s easier for people to maintain our physical separations.”

“It’s going to be a slow and deliberate and thoughtful approach. The last thing we want is an explosive outbreak in a community and have to go back to very restrictive means,” she said.

Or, in other words, don’t start thinking about booking a haircut or going to a concert anytime soon.

Health Minister Adrian Dix has said that all current restrictions will remain in effect until at least the end of April.

More testing, or cycling through?

Whenever B.C.’s next stage of mitigation comes, the government will have to implement a system to make sure any potential outbreak can be quickly contained.

Coombs said one model that could work would be to cycle through physical distancing measures for certain groups, while taking extra precaution for elderly and high-risk populations.

“That was a picture [from modelling in the United Kingdom] of what could happen going forward, and we’re trying to develop our own pictures which is specific to the B.C. context.”

Another “attractive strategy,” said Coombs, would be to pair easing of restrictions with dramatically increasing testing and rapid contact tracing.

“If you’re going to go back to normal activities, it would be like ‘OK, there’s any sign of an outbreak, any person has been positive at work, immediately the [health] unit should be dispatched, the person should be tested, very meticulous contact tracing should be done,’ ” said Sadatsafavi.

“But that requires an order of magnitude of higher testing capacity than what we have now.”

Dr. Bonnie Henry says although community transmission of COVID-19 is happening in most areas of the province, B.C. is considering regional rules. 0:50

How do we get to the good place?

For all the possibilities of what changes could come, B.C. isn’t there yet.

As part of the maintenance phase, the government is still in the position of trying to keep the curve flat through a combination of legal declarations and appealing to people’s judgment.

He said enforcement will always have to be a part of the government’s arsenal, especially as rules quickly change.

Motivated to help others

At the same time, he applauds Henry and Dix for framing the fight as a question of what we owe to each other.

“People seem actually more motivated to make sacrifices for others.”

Coombs said we may be “in the maintenance phase,” but thinks that at the back of everybody’s mind there is a concern that the current state is a bit fragile — particularly on a long weekend with plenty of reports of people travelling to small communities.

“It’s our ability to keep ourselves separated that’s really allowed B.C. to turn the corner on this.”