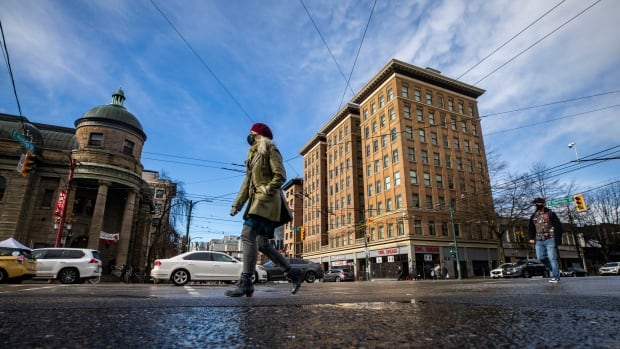 British Columbia is expanding its vaccine workforce, health officials said Tuesday, as the province marked 559 new cases of COVID-19 and one more death.

Provincial Health Officer Dr. Bonnie Henry said at a news conference she has issued a public health order expanding the number of health professions able to administer a COVID-19 vaccine.

Dentists, paramedics, midwives, pharmacy technicians and retired nurses are now among those who can join the vaccination work force over the next six months. B.C. plans on opening 172 vaccination sites across the province as it ramps up to immunize the general population and, Henry said, will maintain its age-based immunization plan despite some calls to prioritize essential workers.

Henry said no additional deaths were recorded in long-term care homes — a reflection of the success of vaccinations in those settings.

“I think it is a moment to reflect, as we start to receive increased supplies of immunization products, that we have delivered all of the vaccines as they’ve arrived,” she said.

Henry said the province will announce plans Monday on the vaccine rollout for people above the age of 80. Communication with seniors will be through postcards, home-care services, specialty clinics and through independent living facilities, said Henry.

Health Minister Adrian Dix said that 5,628 people received vaccination shots in the past 24 hours in B.C.

A total of 1,336 people in B.C. have lost their lives due to COVID-19 since the pandemic began. Henry and Dix say there are 238 people currently in hospital, with 68 in intensive care.

There are 4,677 active cases of coronavirus in the province, with 12 active outbreaks in long-term care facilities and five in acute care units of hospitals.

“We’re in a period of vaccine hope and pandemic reality,” said Henry, adding it’s “concerning” to see the percentage of positive cases and seven-day averages increasing in the Lower Mainland.

The province is also seeing coronavirus variants enter the community. B.C. is currently screening 70 per cent of positive tests for the variants.

“Since the beginning of February, when we extended orders, part of the reason to do that is because we didn’t know how many variants we were  seeing,” she said.

The number of new cases reported daily in B.C. has also been on an upward trend in recent weeks, to the point where the number of active cases and the seven-day rolling average of new cases are at their highest in a month.

Officials said in a statement Monday the test positivity rate is climbing, hitting 6.8 per cent provincewide on Sunday. In the Northern Health region, 12.9 per cent of tests came back positive.

On Monday, Deputy Provincial Health Officer Dr. Reka Gustafson and Education Minister Jennifer Whiteside addressed the discovery of the faster-spreading variant first reported in the U.K. in cases at seven schools in Surrey and Delta. They said at a news conference there was no evidence so far that the variants were transmitted within those schools. As of Monday, there were 101 confirmed cases of variants in B.C.

CBC British Columbia is hosting a town hall on March 10 to answer your COVID-19 vaccine questions.

You can find the details at cbc.ca/ourshot, as well as opportunities to participate in two community conversations on March 3, focused on outreach to Indigenous and multicultural communities.

Have a question about the vaccine, or the rollout plan in B.C.? Email us: bcasks@cbc.ca