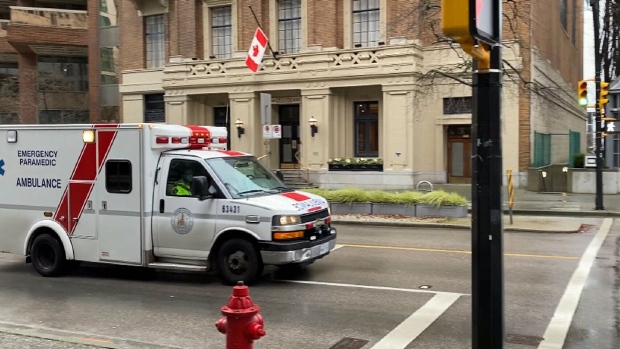 The number represents around 4.7 deaths per day. And all of those deaths were investigated by a dedicated team of coroners.

Kimberly Isbister is one of six who make up the province’s Drug Death Investigation Team.

“Every day is definitely very busy,” Isbister told CTV News. “Because every day we’re dealing with a new set of grieving families, loved ones, friends.”

Coroners are often called “last responders.” The last, Isbister said, to speak for the dead. It’s a responsibility she takes very seriously.

“They’re not just a statistic, they are a person with their own story,” she said.

Her unit, which was formed back in 2017, gathers information about illicit drug overdoses with the goal of finding ways to prevent them.

Isbister, who has been with the team since 2019, said it’s a process that spans examining toxicology reports to looking at medical records to speaking directly to the families of those who die of overdoses, in order to obtain a “further overview about what was going on for that person.”

The information they compile helps to find patterns to determine who is most at risk, and how health officials can intervene.

B.C.’s Chief Coroner, Lisa Lapointe, oversees the team and their findings. She called 2020 “the most tragic year,” for overdoses.

According to a press release from the B.C. Coroners Service, more people have lost their lives to the toxic drug supply in the province than to homicides, suicides and car crashes combined. Around 69 per cent of those who died were between the ages of 30 and 59.

More than half of the deaths in 2020, Lapointe says, occurred in private homes where people were often using alone.

People being alone when using is one of the unintended consequences of COVID-19 health regulations disrupting support systems. But the pandemic has affected overdoses in another way: by disrupting the production of fentanyl.

“Fentanyl is the toxic substance that is causing all of these deaths,” Lapointe said.

The drug was detected in more than 80 per cent of illicit drug toxicity deaths in 2020.

Lapointe says there’s no quality control in the illegal production of fentanyl. And the chemicals used to make it are harder to find with pandemic border closures, which means that criminals are swapping in other lethal substances.

“It is astounding to me there isn’t more outrage amongst everybody in this country that so many of us are dying,” Lapointe said.

Isbister says dealing with the loss of life can be overwhelming. But she’ll never let a family feel like their loved one is just a number.

“I am there for the families,” she said. “It’s the worst time of their life, so I feel the least thing that I could do is be there for them.”

In the wake of these new numbers, advocates are pushing for more to be done.

“There is no other disorder or condition besides substance use disorder in which we force people to access the medicine they require on a street corner and manufactured by the minions of organized crime,” Leslie McBain, executive director and co-founder of Moms Stop the Harm, said in the press release.

Lapointe said that the stigma surrounding drug use and overdoses allows some people to turn a blind eye to the tragedy unfolding.

“Oftentimes the public still sees those who die of substance use as the other,” she said. “And because they’re not like me, is the thought, I think, then I can ignore it, it doesn’t impact me. And that, I think, has been the biggest challenge, because we certainly see the grief that families experience across the province.

“The grief […] is just as much as if their loved one died of COVID, or in a car accident or some other type of accidental event, and yet […] it’s not accorded the same respect, I think, because of the stigma around substance use.”

Isbister said she does get frustrated sometimes with how little things seem to change in the province, and she sees that frustration echoed in the families she speaks to every day.

“They understand what’s transpired, but they’re frustrated,” she said. “They’re so upset with what’s happened, and because this has been going on for so long, being an epidemic that there’s been no answer to, and it’s been getting worse.”

“There is a frustration that this many people can die in our province,” Lapointe said. “Well over 6,000 people in the last five years.”

Along with decriminalization, B.C.’s Coroner Service supports creating a safe drug supply in order to cut down on these deaths.

While Ottawa isn’t looking to legalize more substances, last responders say such a bold solution could save lives.

“It is one of the steps that will be necessary to turn this huge, massive ship around in terms of how we treat, how we respond to those suffering problematic substance use, and instead of condemning and punishing them, switch to supporting them,” Lapointe said.