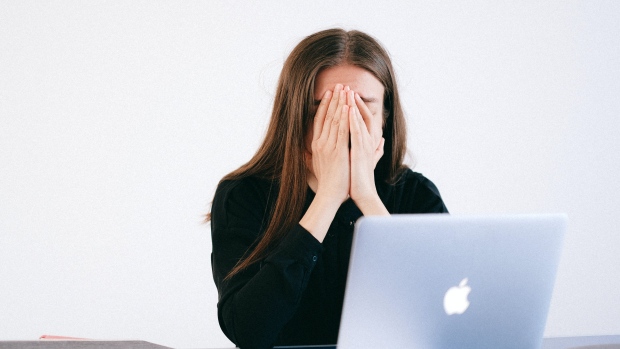 TORONTO — A small wearable device, the first of its kind developed by engineers in Lausanne, Switzerland, shows promising potential in continuously monitoring and measuring stress hormone levels, according to a new study published in Nature.

Developed by Ecole Polytechnique Federale de Lausanne’s (EPFL) Nanoelectronic Devices Laboratory (Nanolab) and Xsensio, the device uses a miniaturized sensor to detect how much cortisol, a hormone produced when the body is under stress, is being secreted in our sweat. Researchers hope the technology can be used to help better understand stress-related diseases.

The body secretes cortisol throughout the day as part of the way it regulates everything from metabolism, blood pressure, and blood sugar levels, topping out early in the morning before tapering off as the day progresses. When the body is facing a stressful situation, cortisol kicks in and takes over to help.

Illnesses like Addison’s disease, in which the body produces insufficient cortisol, or Cushing’s syndrome, where too much is secreted, can cause serious health problems, scientists say.

Chronic stress can disrupt the body’s natural circadian rhythms and result in a number of health problems including heart disease, Type 2 diabetes, anxiety, fatigue, allergy, and obesity. Meanwhile, diseases and health problems that are typically measured more subjectively, such as depression, can also benefit from this kind of device, according to Adrian Ionescu, the head of Nanolab, in a statement.

“Having a reliable, wearable system can help doctors objectively quantify whether a patient is suffering from depression or burnout, for example, and whether their treatment is effective,” he said in a press release Friday.

Typically, cortisol levels are only captured in specific moments through blood tests. In contrast, the newly developed device, which consists of a transistor and electrode made from graphene — a single layer of highly sensitive carbon atoms — can continuously monitor cortisol concentrations. It uses short fragments of single-stranded DNA or RNA molecules in order to bind with cortisol hormone. The sensor is able to detect a charge from that bond and measure the cortisol concentration in the sweat.

“That’s the key advantage and innovative feature of our device,” said Ionescu.

“It can be worn, scientists can collect quantitative, objective data on certain stress-related diseases and they can do so in a non-invasive, precise and instantaneous manner over the full range of cortisol concentrations in human sweat.”

The study concluded that the design of the device resulted in sensors that were “highly sensitive, selective and stable” and that it was a “promising candidate for the detection of normal and abnormal amount of the cortisol in biofluids such as sweat, saliva, and serum.”

The head of Xsensio, Esmeralda Megally, says they plan to test the device on hospital patients, but would also like to eventually see it incorporated into smart bracelets and other wearable devices.