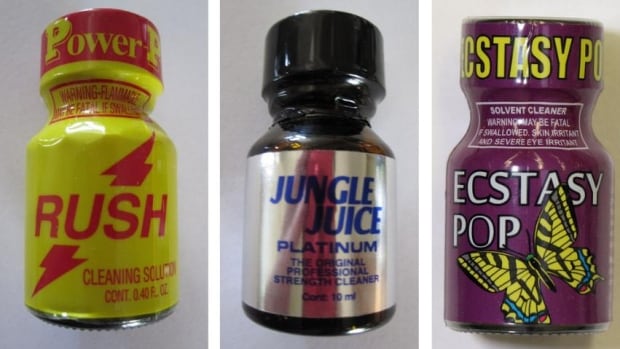 A Calgary MP is asking the federal health minister to study the possible benefits or harms of “poppers” — a drug primarily used by men who have sex with men — with the possible outcome of creating a safe supply.

Calgary Nose Hill MP Michelle Rempel Garner said in a letter to federal Health Minister Patty Hajdu that given the widespread use of poppers, or alkyl nitrites, their safety hasn’t received adequate study or consideration.

“The lack of research and attention to this issue is likely, at least in part, related to the stigmatization of LGBTQ+ health care,” Rempel Garner wrote in the letter, which was sent Monday.

“Use of drugs used as sexual aids in other scenarios has been normalized (for example, Viagra, which is used for erectile dysfunction). However, discussion of pharmaceutical-based sexual aids for use in non-heteronormative situations, such as alkyl nitrites, are sometimes still subject to moralization in public discourse.”

Poppers have been essentially banned in Canada since 2013. They’re classified as a prescription drug, meaning they can’t be sold without Health Canada approval, and no products have been approved.

That move pushed the drugs into the grey market — with products being illicitly marketed as leather cleaners or nail polish remover despite actually being inhaled by users to relax muscles, reduce pain and increase sexual pleasure.

A study last year from the British Columbia Centre on Substance Use suggested the federal crackdown hasn’t limited consumption and instead put sexual minority men at risk by limiting access and leaving unregulated and potentially harmful products as the only option.

“The evidence is clear that this ban on poppers is both discriminatory and ineffective and must be reversed,” said Richard Elliott, executive director of the Canadian HIV/AIDS Legal Network, in a release at the time.

Health Canada has said that since it is difficult to control how much of the drug is inhaled, it can cause accidental overdose. Health Canada said people with certain medical conditions or taking other drugs are at increased risk.

Rempel Garner asked Health Canada to undertake a comprehensive study on the drug’s harms and benefits in collaboration with LGBTQ+ community leaders.

She said if the medical findings deem it appropriate, the study should lead to the creation of a system for safe access and supply, as well as a public education campaign on safe use.

The MP pointed to Australia, which recently allowed alkyl nitrites to be accessible only by prescription. That decision has been controversial in the country. While it’s expected to create a safe path for access, some LGBTQ+ advocates have expressed concerns it could cause stigma to an already marginalized community.

CBC has reached out to Hajdu’s office for comment.