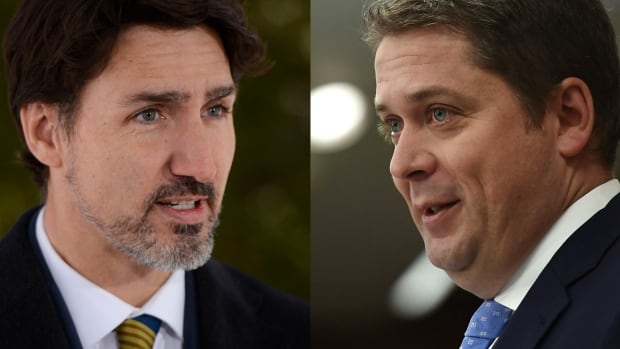 Prime Minister Justin Trudeau said today there will be a phased-in approach to reopening Canada’s economy as the COVID-19 crisis subsides — but it will be weeks still before business and school shutdowns begin to ease off.

During a briefing outside his residence at Rideau Cottage, Trudeau said talks with provinces on resuming economic activity are continuing. He said he understands that everyone wants to know when things will get back to normal, but cautioned that everyone must “stay the course” because Canada is not yet through the first wave of the pandemic.

Watch: Trudeau talks about a timeline for reopening the economy

Prime Minister Justin Trudeau says it will be weeks yet before the government can look at reopening Canada’s economy, adding it will happen in phases until there is a COVID-19 vaccine. 0:58

“We are having ongoing discussions with the provinces at this point. We recognize that different regions of the country are at different places along the evolution of their COVID-19 curve. We’re going to make sure that we try to stay co-ordinated as best as possible.”

Trudeau said jobs in some sectors are lower-risk than others, so workers in those fields may be able to return to work sooner.

As for re-opening the border with the U.S. to discretionary travel, Trudeau said conversations are continuing with American officials but cross-border travel restrictions will remain in place for “several weeks.”

Conservative Leader Andrew Scheer said he supports keeping the border closed as long as it is helping to reduce the number of COVID-19 cases, and as long as it safely facilitates the continued commercial flow of goods and services.

Watch: Scheer on bringing back Parliament

While the health of Canadians is the primary consideration, Scheer said the pandemic’s “catastrophic” economic fallout for some Canadians means the government must have a strong plan to kick-start the economy after the crisis subsides.

He renewed his push for scaled down, in-person sittings of the House of Commons so the opposition can provide input and hold the government to account.

“There is an essential role for Parliament to play to get better results for Canadians,” he said.

Parliament was adjourned in March due to the pandemic, and is scheduled to return on April 20 unless a deal is reached between the political parties to modify the sitting calendar.

The Liberals have asked the Speaker’s office to explore options for holding virtual sessions.

During his news conference, Trudeau said four planeloads of masks, gloves and other supplies arrived in Canada over the long weekend; the supplies are being inspected before they’re distributed to the provinces.

He also announced $115 million in new funds for the North to improve access to food, medical supplies and hygiene products.

He also announced stepped-up enforcement of the Quarantine Act. As of midnight tonight, travellers arriving in Canada by land, sea or air must show they have a “credible” quarantine plan or they will be required to self-isolate in a hotel, even if they don’t have symptoms of COVID-19.

Prime Minister Justin Trudeau says that, effective midnight Tuesday, anyone who enters Canada from abroad and does not have an isolation plan will be taken to a quarantine site. 0:48