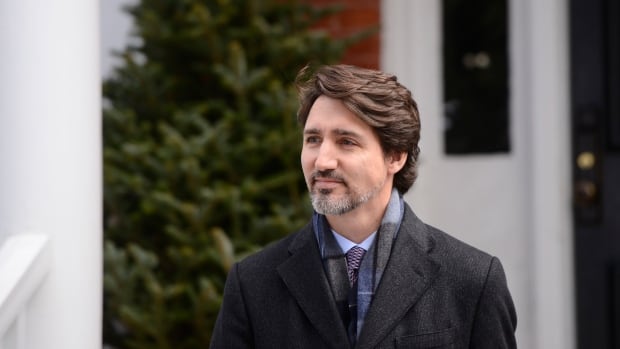 Prime Minister Justin Trudeau says Canada and the United States have struck a deal to extend current border restrictions between the two countries by an additional 30 days.

“This is an important decision and one that will keep people on both sides of the border safe,” Trudeau said at the top of his daily COVID-19 briefing Saturday.

The border was originally closed March 21, restricting non-essential travel between Canada and the U.S. Over the past month, the border remained open for trade and commerce, with exemptions also granted for emergency response and public health purposes.

The prime minister’s announcement comes as the initial agreement was set to expire Tuesday.

“It’s another example of the excellent collaboration between our two countries,” he said.

The announcement is in line with the prime minister’s comments from earlier this week, when Trudeau said Thursday that reopening the U.S.-Canada border would not be happening “anytime soon.”

According to a source with direct knowledge of the situation, early this morning Canadian side woke up to confirmation from the US that it was comfortable with a 30 day extension of border restrictions. Conversations started in the middle of last week.

Trudeau also revealed $306 million in funding toward Indigenous businesses is on its way for those struggling amid the COVID-19 pandemic.

“The effect of the COVID-19 crisis on these companies is even more significant than those in the general economy. First Nations businesses already face greater hurdles than most,” Vidal wrote, asking that the Canada Emergency Wage Subsidy (CEWS) be expanded to include such businesses.

Billions announced for other hard-hit sectors

On Friday, the prime minister committed $1.7 billion to clean up orphan and inactive wells in Alberta, Saskatchewan and British Columbia, with a majority of the funds going toward Alberta.

The government is also set to establish a $750-million emissions reduction fund with a focus on methane, which includes $75 million to help the offshore industry slash emissions in Newfoundland and Labrador.

Regional development agencies will also receive nearly $1 billion in aid to help smaller employers in rural areas who have limited access to banks and credit unions.

Another $500 million will go toward Canadians employed in the arts, culture and sports sectors.

Coronavirus: What’s happening in Canada and around the world on April 15