MONTREAL — Canadian astronaut David Saint-Jacques is trading his space suit for a lab coat and returning to practicing medicine this week in Montreal, wanting to help out in the pandemic.

The decorated astronaut holds a medical degree in addition to a bachelor’s degree in physical engineering and a PhD in astrophysics.

This week, Saint-Jacques lent a hand to teams at the McGill University Health Centre, and his presence didn’t go unnoticed.

Saint-Jacques obtained his medical degree from Laval University in Quebec City in 2005. He did his residency at McGill University in 2007, specializing in primary care medicine in rural regions. He practiced in Northern Quebec, among other places.

But soon after, in May 2009, he was selected by the Canadian Space Agency. Saint-Jacques launched to the international space station for a 204-day mission in Dec. 2018, becoming the CSA’s fourth-ever astronaut to do so.

He says he had never thought of returning to clinical care after his career in space travel. But, he says, the pandemic pushed him to change his mind.

“This is a pretty dire situation in terms of the pandemic and staffing,” he said. “Everybody’s tired.” 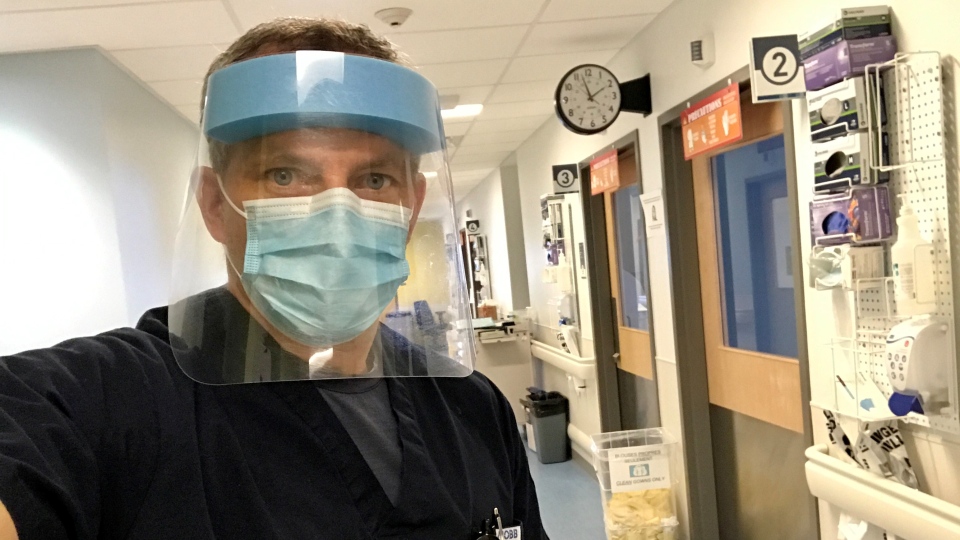 Saint-Jacques says it’s been a learning curve for him to return to seeing patients after 10 years in training for space exploration. But, he says, he’s settling back into the swing of things.

“This is a teaching hospital,” he said. “They’re used to training people — I’m just much older than the typical trainee.”

Since arriving at the hospital, he’s been placed in one of the so-called “hot units,” where all patients have recieved positive coronavirus tests.

Under protective gear, he says, it’s rare that anyone recognizes him.

“Everybody’s wearing a mask and a visor and all that, and my badge is under my gown,” he said. “The few times where I have been recognized have always been a pleasant, positive experience.”

“I really tip my hat to the rest of the health-care army working now,” he said. “Complete selflessness. It makes me proud to be part of the medical community.”

Saint-Jacques isn’t the first high-profile Montrealer to switch gears in order to help out medical teams battling the pandemic.

Earlier this year, football player Laurent Duvernay-Tardif, who graduated from McGill University’s medical school in 2018, announced he was leaving the NFL to help out in the battle against COVID-19 in the Monteregie.