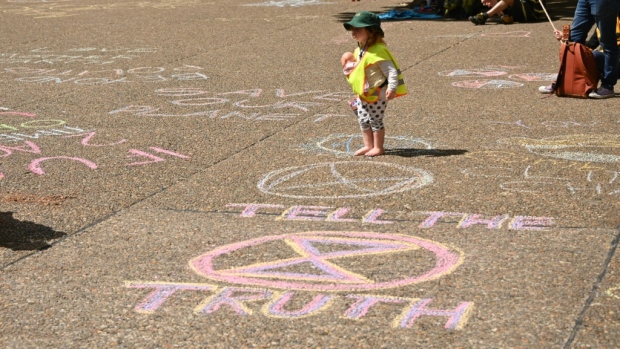 A Canadian child health advocate is among a team of global experts urging “a radical rethink” of how a warming planet, aggressive advertising and economic inequities pose an “immediate threat” to the health and well-being of young people worldwide.

Its 42 authors rank 180 countries on child survival and well-being, and concludes “no single country is adequately protecting children’s health, their environment and their futures.” Canada lands at 21 on a “flourishing” index for general survival odds but 170th for contributing to climate change.

Zulfi Bhutta of Toronto’s Hospital for Sick Children said he was initially skeptical of the report’s decision to link data from different sectors into one comprehensive wakeup call, but said he came to realize such seemingly disparate factors must be knitted together in order to come up with a long-term strategy.

“This is maybe a very ambitious ask, but someone has to make that ask at some stage,” said Bhutta, reached by phone in Geneva.

“The purpose of putting something out there — even as a straw man — is to get people thinking on those issues.”

The report, “A Future for the World’s Children?” concludes that children in Norway, the Republic of Korea, and the Netherlands have the best chance at survival and well-being, while those in Central African Republic, Chad, Somalia, Niger and Mali face the worst odds.

When authors took per capita CO2 emissions into account, top-ranking Norway plunges to 156th, along with many other wealthy nations. The U.S. lands at 173, Australia at 174, and Saudi Arabia at 175. Qatar was ranked the worst at 180.

If global warming exceeds 4 degrees Celsius by the year 2100 as trends predict, the report warns our children and grandchildren will inherit rising ocean levels, heatwaves, malnutrition and spread of diseases such as malaria and dengue.

Meanwhile, the experts lambaste commercial interests for exposing kids to long-term health and nutrition problems in the name of profit.

The report points to evidence suggesting children in some countries see as many as 30,000 TV ads in a single year, while youth exposure to vaping ads increased by more than 250 per cent in the U.S. over two years, reaching more than 24 million young people.

It also links children’s exposure to ads for junk food and sugary beverages to a rise in childhood obesity. The authors call for a global treaty to “protect children from the marketing of tobacco, alcohol, formula milk, sugar-sweetened beverages, gambling, and potentially damaging social media.”

Bill Jeffery of the Ottawa-based Centre for Health Science and Law called on Canada to enact a wider ban that prohibits all advertising for children below the age of 18.

“Children are uniquely vulnerable to this kind of commercial pressure. And that’s a good reason for not letting them be subject to it,” said Jeffery, a public health lawyer and editor of Food for Life Report.

He noted the report singles out Canada as a country that particularly fails on this front, despite industry self-regulation through the Children’s Food and Beverage Advertising Initiative.

The initiative has companies pledge to avoid targeting kids younger than 12 with ads for unhealthy products, but a recent study by researchers at the universities of Ottawa and Toronto found signatories were no less likely to air such TV commercials on kid-focused programming than companies that did not sign on.

“Those of us within health typically don’t look at things in their totality but the sustainable development goals tell us that these are absolutely critical to child health just as much as health services,” said Bhutta.

“We would recognize today that having a primary care service, universal health coverage in immunizations are all important. But if kids live in crime-infested populations, if they live in conditions where the environment is degrading, and forests are disappearing, if urban planning takes away playable spaces, and air pollution produces a whole generation of children who have respiratory disorders, then you’ve got problems.”

This report by The Canadian Press was first published Feb. 19, 2020.