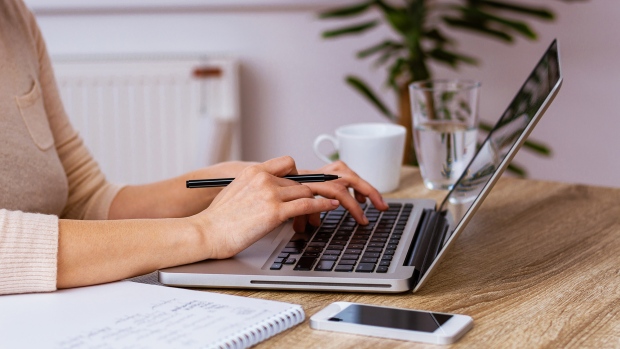 A recent survey has found stark differences between how Canadians feel about working in-person only versus at home.

The latest results from LifeWorks, formerly Morneau Shepell, show that 23 per cent of Canadians working exclusively at physical workplaces reported in November that their work lives had gotten worse compared to before the COVID-19 pandemic.

This is compared to those working solely at home (13 per cent) and those splitting their time between the two (23 per cent).

Meanwhile, those who only worked from home were three times more likely to report an improvement at work (21 per cent) than those going to work in-person (seven per cent), while 13 per cent in hybrid work situations saw things get better.

“The line between work and home life continues to be increasingly thin, regardless of employees’ working environment,” LifeWorks president and CEO Stephen Liptrap said in a statement.

“As work makes up a substantial portion of Canadians’ lives, the importance of the work environment and relationship to one’s well-being should not be underestimated. It’s also important to remember that this time of year is already a challenging one for many. This is often the time of the year when the need for counselling, financial consultation and other employee assistance program services become more acute.”

The monthly survey forms part of LifeWorks’ Mental Health Index, which began in April 2020 and measures changes against benchmark data taken from 2017, 2018 and 2019. LifeWorks says increases and decreases to the index are meant to predict cost and productivity risks, and inform whether businesses and governments need to invest in mental health support.

Although the results from November are slightly better than October, LifeWorks reports that the mental health of Canadians overall “continues to show strain” at 10 points below its pre-pandemic benchmark. This decrease, LifeWorks says, reflects a population whose mental health is similar to the most distressed four per cent of the benchmark group.

The survey results show that despite the wider adoption of digital and video mental-health support, 37 per cent of working Canadians prefer accessing it in person.

Another 26 per cent prefer having mental-health support delivered by video, digital, phone or some other means.

Twelve per cent prefer a combination of in-person and online, while 25 per cent had no preference.

“Having a choice in how mental-health support is provided is critical,” said Paula Allen, LifeWorks global leader and senior vice-president of research and total well-being.

“While video and digital mental health is highly effective, and has opened the opportunity for support to a wider group, we can not forget the value of in-person support as an option. Ensuring the right fit between the service and the individual is a significant factor in getting the best outcomes.”

On areas Canadians valued most in their mental health, 44 per cent said improved sleep and 40 per cent pointed to improved mental focus, memory and problem solving.

The survey found continued differences in mental health scores between those with emergency savings and those without.

Those without emergency savings had a score 31.5 points below benchmark, a more than 30-point difference between those with savings (-0.2).

Full-time post-secondary students saw a more than six-point decline from October to 25.6 points below benchmark. This group reported the lowest mental health score compared to those employed in various industries such as accommodation and food (-9.8) and retail (-8.8).

Twenty-four per cent of Canadians reported that their personal lives had worsened compared to before the pandemic.

While managers have consistently reported lower mental health scores (-13.2 in January 2021) compared to non-managers (-10.7), that changed in November for the first time this year to -9.6 and -10.1 respectively.

Women continue to report lower mental health scores than men at -12.3 and -7.8. Differences also were noted between those with at least one child (-11.5) and those without children (-9.4).

The survey was conducted online between Nov. 9 and 22 and involved 3,000 Canadian residents who were employed within the previous six months. The same respondents take part each month and were selected to be representative of age, gender, industry and geography.