You Are Here Home Health News Can’t smell or taste after COVID-19? ‘Olfactory training’ could help 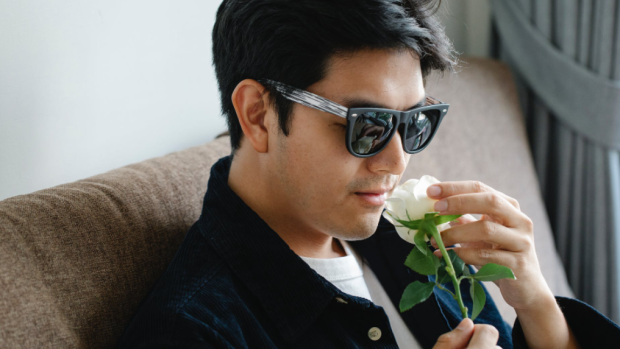 TORONTO — While loss of smell and/or taste has affected approximately 80 per cent of COVID-19 patients, most recover within a few weeks. For a small number of people, however, these senses have yet to return.

According to a study published in the Journal of Internal Medicine in January, nearly five per cent of the 2,500 COVID-19 patients researchers examined had not recovered their olfactory function six months after their initial infection.

The average recovery time for the majority of patients in the study, however, was 18 to 21 days after their initial infection.

It’s still unclear why some patients’ senses of smell and taste don’t return months after their infection.

Dr. Jay Piccirillo, an ear, nose, and throat specialist at Washington University School of Medicine in St. Louis, Mo., said they think that the initial loss of smell is due to the coronavirus infecting the cells in the nose that support the olfactory nerves.

“They swell, they get injured by the virus, but they recover,” he told CTV’s Your Morning on Thursday. “For some people, perhaps, the initial insult was too much and the olfactory nerve doesn’t return.”

In some cases, Piccirillo said, the olfactory function comes back, but the smell is distorted.

“We don’t really have a good idea of why that is except it’s probably related to the initial injury,” he said.

In terms of treatment, Piccirillo said both oral steroids and steroid nose sprays can and should be used early on.

For those suffering from long-term loss of smell and taste, Piccirillo said there is a process, called olfactory training, which involves training the nose to smell again. He said it traditionally works by having the patient smell four different types of oil, including rose, eucalyptus, lemon, and cloves, twice a day for up to 12 weeks.

“The idea behind olfactory training is that you are training or retraining your brain to recognize the smell,” he explained. “It’s a process called neuroplasticity – training the brain to relearn its smell.”

Piccirillo said olfactory training is commonly used as a treatment for both anosmia (loss of smell) and hyposmia or parosmia (distorted smell).

In an effort to improve the treatment, Piccirillo is conducting a clinical trial in which patients are allowed to choose which scents they would like to retrain their brain to smell and they are given a photo to look at while they’re doing the training of the item they’re trying to smell.

Piccirillo said he’s fascinated by the high number of people who have had their senses of smell and taste affected during the pandemic and he’s curious why these symptoms become chronic or long-term for some.

“It’s a real public health problem,” he said. “These are the things that fascinate me, but more importantly, motivate me to try to find a treatment.”