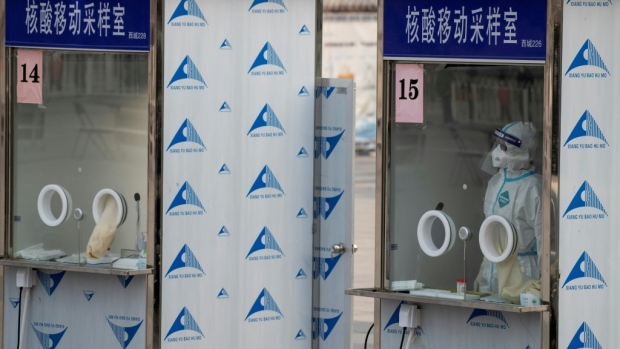 Small, localized outbreaks in recent weeks have seen multiple cities in northern China sealed off from the rest of the country and prompted mass testing campaigns — which up until now have mostly been conducted using throat and nose swabs.

Users of China’s popular Twitter-like Weibo social media platform reacted to the method with a mix of mirth and horror.

“So lucky I returned to China earlier,” one user wrote.

Others who had undergone the procedure chimed in with dark humour.

As cases rise around the world, China has imposed stricter requirements on international arrivals in an effort to keep domestic transmission close to zero.

The country has also tightened restrictions domestically, with Beijing announcing that people from medium- or high-risk areas will be barred from the city from Thursday to reduce the risk of virus transmission over the Lunar New Year period.

Meanwhile, arrivals into the country must have multiple negative test results and quarantine for at least 14 days in a designated hotel on arrival, with many cities and regions imposing additional home observation requirements.

Tracking proteins in the heart of cells

Canadian trust in journalism is wavering. Here’s what CBC News is doing about it

Walking pace among cancer survivors may be important for survival

Study finds no link between gender and physics course performance