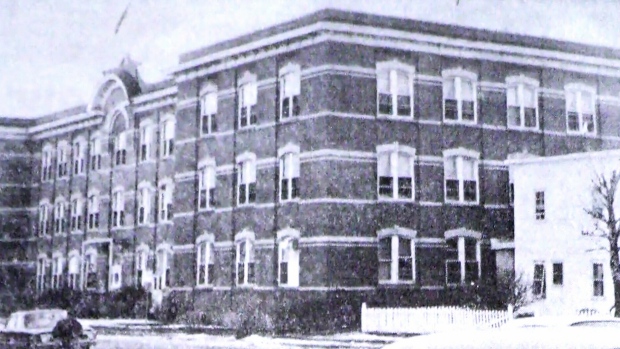 TORONTO — In a year of reckoning for the legacy of Canada’s residential schools, a new class-action lawsuit is exposing the alleged torment Indigenous people faced at medical facilities specifically built for them.

According to the Indian Residential School History and Dialogue Centre at the University of British Columbia, these so-called “Indian hospitals” formally began in the 1930s as a way of tackling high rates of tuberculosis (TB) among Indigenous people, but were chronically understaffed and ended up using “experimental treatment” on their patients.

Ann Hardy is the lead plaintiff in a $1.1-billion class-action lawsuit against the federal government alleging “widespread and common sexual abuse” by hospital staff at these facilities, relating to her time at Edmonton’s Charles Camsell Hospital.

“I think that people need to know that this happened in our hospitals, it happened recently and we need to acknowledge it,” Hardy told CTV News.

“I know that sometimes Canadians think they’re just hearing too much of it, and ‘Why can’t we just get over it?’ and I think we’re not going to be able to, in my case, until we fully expose that this happened.”

The Charles Camsell Hospital, the largest such hospital in Canada, began treating Indigenous people for TB in 1945 and ultimately closed in 1996. There is currently a radar search for possible unmarked graves on the property, similar to those investigations at the sites of former residential schools across the country.

Hardy was transported 700 kilometres from her home to the facility when she contracted TB in 1969. While at the hospital, Hardy said hospital staff sexually abused her and she witnessed the sexual abuse of other patients.

“The medical staff that would come in that was rooming this child would just pull the curtain across to separate us,” she said. “I could hear everything that was going on.”

“It was horrifying, just horrifying and I had to lay there and listen.”

According to the statement of claim, filed on behalf of survivors from 31 Indian hospitals across Canada, the patients were segregated from the rest of the population in “substandard, ill equipped, overcrowded and inadequately staffed” facilities that did not compare to other medical facilities of the time. The claim also alleges “widespread, common and systemic physical and sexual abuse,” including food deprivation, beatings with sticks, physical restraint for months at a time and requiring patients “to eat their own vomit.”

In addition, the claim alleges that patients were not given access to an antibiotic TB medication that became available in the 1940s, which would’ve allowed them to be treated at home.

“This case was commenced to bring to light the awful experiences thousands of Indigenous people who were segregated from the rest of the population and allegedly subjected to horrific treatment,” said Jonathan Ptak, a lawyer with Koskie Minsky LLP in Toronto who filed the claim.

While the hospital is closed now, Hardy says the memories from her time there still haunt her.

“The sexual abuse that I carried with me for so many years, without being able to talk about it to anybody,” she said. “That had the most lasting impact on my life and probably coloured my judgement in so many ways.”

Maureen Lux, a history professor at Brock University who authored a book on Canadian Indian hospitals, said plenty other patients at these facilities faced similar torment.

“They would take children who wouldn’t stay in bed and put plaster casts on both legs with a bar in between, so that they could not move,” she said. “Other children were physically restrained in their beds and this — of course — made children particularly vulnerable to staff.”

Lux added that patients were arrested if they tried to leave.

The allegations listed in the lawsuit have not been tested in court.

In a statement, Carine Midy, a spokesperson for Crown-Indigenous Relations and Northern Affairs Canada, said the government is “working collaboratively” with Hardy and her legal team to find a “meaningful resolution” to the matter and that the discussion are ongoing.

“The mistreatment of Indigenous Peoples is a tragic and shameful part of Canada’s history, whose impacts are still felt today,” she added in the statement. “Canada deeply regrets past actions and policies that harmed Indigenous children, their families and communities, and is committed to reconciliation and laying the foundation for intergenerational healing.”

“Canada is committed to resolving claims of this nature outside of the courts. Negotiated agreements and outcomes are preferred wherever possible as it allows the parties to go beyond the remedies that can be granted by the courts and explore concrete ways to address past harms.”