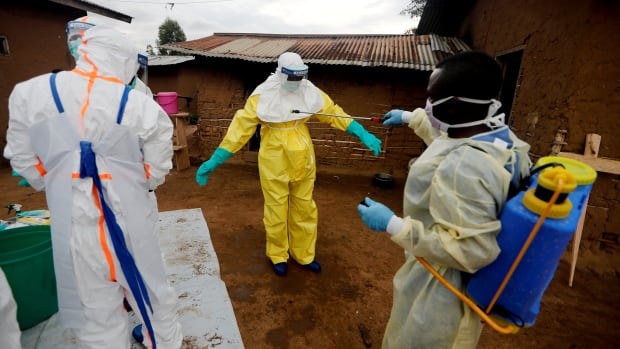 The second-largest Ebola outbreak on record is over after nearly two years and more than 2,200 deaths, the Democratic Republic of Congo said on Thursday, even as a separate flare-up of the virus continued on the other side of the country.

Despite effective vaccines and treatments that dramatically boosted survival rates, the outbreak dragged on as first responders struggled to gain access to virus hotspots in Congo’s restive east.

Congo has suffered 11 Ebola outbreaks since the virus was discovered near the Ebola River in 1976, more than double any other country.

“Compared to previous outbreaks, this last one was the longest, the most complex and the deadliest,” Health Minister Eteni Longondo told reporters.

Congo’s equatorial forests are a natural reservoir for the virus, which causes severe vomiting and diarrhea and is spread through contact with body fluids.

This outbreak saw 3,463 confirmed and probable cases and 2,277 deaths.

Even as health officials celebrated the end of one Ebola epidemic, they face another, unrelated one more than 1,000 kilometres away in the western city of Mbandaka.

That outbreak, declared on June 1, has seen up to 24 cases so far, including 13 deaths.

Longondo said he expected the response there to be easier because it is in a more stable part of the country where a previous epidemic in 2018 was quickly controlled.

In eastern Congo, some community leaders and local residents were suspicious of the response because they believed Ebola did not exist or resented being overlooked by donors.

Treatment centre were attacked by militia fighters who are active near Congo’s borders with Uganda and Rwanda, and by angry local residents.

The largest Ebola outbreak in history occurred in West Africa from 2013-2016. It killed more than 11,300 people mostly in Guinea, Liberia and Sierra Leone.