Obtaining the Campaigns list from the server has failed!
Server response:
CM Ad cahger Server plugin is not active on https://legendarygroup.co/admanager/
You Are Here Home Health News COVID-19 pandemic has brought out the worst in people, pulled Canadians further apart, survey suggests 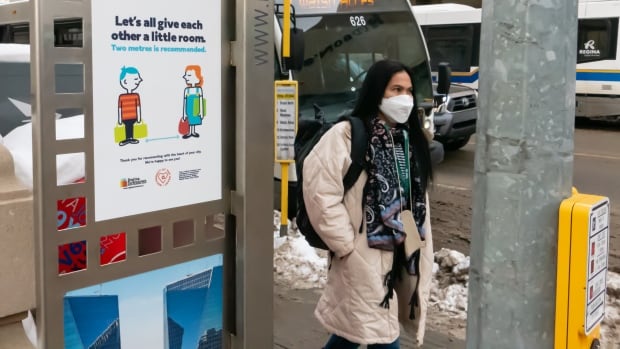 Two years of living through the COVID-19 pandemic has left Canadians in a dour mood, with the majority saying the ordeal has significantly disrupted their lives, pulled Canadians further apart, brought out the worst in people and weakened their compassion for one another.

These are the findings of a new survey, carried out by the Angus Reid Institute, in partnership with CBC, which coincide with the two-year anniversary of the World Health Organization declaring the worldwide outbreaks of COVID-19 a pandemic.

The online survey polled a representative randomized sample of 2,550 Canadians 18 and over between March 1 to 4 of this year. For comparison purposes only, a probability sample of this size would carry a margin of error of +/- two percentage points, 19 times out of 20.

‘Change for the worse’

“What we did is we asked Canadians to make their own assessments of how they see things changing,” said Shachi Kurl, president of the Angus Reid Institute. “Did they change over the last two years?

“And there are some pretty significant takeaways around negative perceptions over that change. If there has been change, it’s been change for the worse.”

There were some positive findings. For example, a large majority of Canadians (70 per cent) said they are thankful to be living in Canada during the pandemic.

The survey also suggested that the pandemic has made most Canadians re-evaluate their priorities, with just over 80 per cent saying it has made them reflect on what is really important in their lives. And just under half said they have since made significant positive lifestyle changes.

But as mandates begin lifting, hospitalizations drop and Canadians emerge from what may be the worst of the pandemic, the survey findings reveal a bleak assessment of the past two years, and in some categories, show that Canadians have a negative view of their fellow citizens.

About 41 per cent of Canadians say that since the pandemic, “life overall” is worse, compared to 23 per cent who say it is better.

Nearly half of those surveyed (47 per cent), said the overall impact of the last two years has been more bad than good, which includes one in 10 people who said these were the worst years of their lives.

Almost half (47 per cent) said the pandemic disrupted their lives in a “significant” way, and one in 10 described that disruption as “severe.”

By several measures, the overall personal impact on Canadians has been more negative than positive, the survey found.

When asked whether their household financial situation is worse now — 37 per cent agreed, compared to 30 per cent who said it was better. But more than half said their physical and mental health is worse.

Relationships with friends and family took a significant hit, with 39 per cent saying they are worse, compared to 14 per cent who said they are better.

The pandemic disrupted the lives of Canadians in other ways as well. Seven in 10 Canadians had to postpone travel at some point during the past two years. Meanwhile, almost half were forced to delay medical appointments, while one-quarter delayed a more serious medical procedure or surgery, the survey found.

The pandemic also struck close to home for the majority of Canadians, with more than half (54 per cent) saying a close friend or family member has been infected with the virus. One-third said an immediate family member caught COVID-19 and one in five people were personally infected.

Meanwhile, most Canadians have little faith in how effectively the country would handle another pandemic, with 70 per cent saying Canada will struggle just as much if there is another global illness.

Perhaps the pandemic’s most significant impact on Canadian attitudes, according to the survey, is how it has left a vast majority with a pessimistic outlook on society as a whole.

Four out of five of those surveyed agreed that the pandemic has “pulled people further apart.” And about the same number believe “the pandemic has brought out the worst in people.”

Meanwhile, just over 60 per cent of those surveyed said the level of compassion Canadians have for one another is “weaker.”

Kurl said the results of the survey reveal a marked difference in the attitudes of Canadians over this two-year span.

She said that according to data, Canadians had an absolute sense of common purpose at the onset of the pandemic, and said that people really approved of what they were being asked to do.

“When we see 80 plus per cent of people saying that the pandemic has pulled people further apart rather than brought them together, when we hear that almost the same number say that the pandemic has brought out the worst in people instead of the best in people, you really start to see that degradation, that breakdown of whatever sense of social cohesion we thought we might have felt this time two years ago.”

50 years of research productivity trends across fields and genders