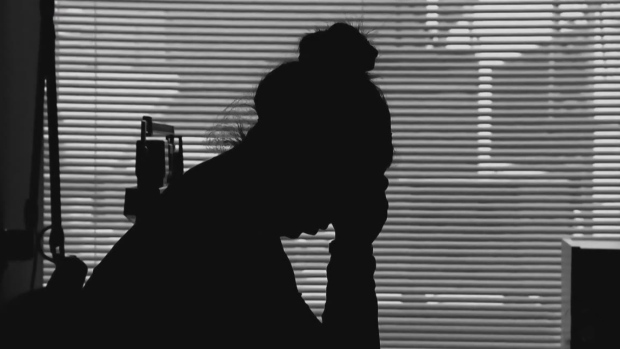 VANCOUVER — As a registered psychologist who specializes in stress and anxiety, Dr. Melanie Badali says it’s been difficult to watch some of her wait lists grow over the course of the COVID-19 pandemic.

Two years in, many are dealing with built-up anxiety and depression, and Badali said she wants to help.

“It feels horrible to have to wait-list people in need,” she said, adding she does what she can to empower them with online tools and other available resources while they wait.

Despite high demand for care, she said it’s important that people not be discouraged from seeking help.

Badali, whose practice is in Vancouver, is among many who say the pandemic has not necessarily created a problem of access but highlighted a pre-existing one.

Demand has consistently outpaced supply with the impacts falling most heavily on those who can’t afford private care, she said.

Dr. Karen Cohen, president of the Canadian Psychologists Association, said the pandemic has placed a spotlight on the importance of mental health in a positive way, reducing some of the stigma of seeking help.

The challenge is ensuring everyone who needs care can get it, she said.

“The problem is, as we combat stigma and more people are acknowledging a mental health problem and seeking care, we need to have the resources to offer them when they reach out,” she said.

In a January 2021 survey of 3,000 Canadians, the association found 78 per cent reported the cost of psychological services was a very significant or somewhat significant barrier.

Among the respondents, 68 per cent said long wait times were also a significant or somewhat significant barrier to care.

In Canada, psychological services are generally only covered publicly when provided through a public institution like a school or hospital. Otherwise, people must depend on workplace benefits plans or pay themselves, Cohen said.

It’s not uncommon for private insurance to cover only two or three sessions, she added, suggesting the question of whether wait times are a problem is misleading.

“The more important question is, does everyone have access? And clearly not, if people who are disadvantaged in terms of not having extended health care or the money to pay for it aren’t going to be able to access it easily,” Cohen said.

One of the association’s priorities is advocating for governments to fund mental health care in parity with physical health so everyone who needs access to a psychologist can speak with one, she said.

The United Kingdom and Australia have both pursued models that better incorporate psychological care in the public-health system, she said.

Demand has also grown for mental health services beyond registered psychologists, those in the sector say.

Jonny Morris, CEO of the British Columbia branch of the Canadian Mental Health Association, said demand for its services has grown over the course of the pandemic.

For example, he said the “Bounce Back” depression care program, which receives provincial funding, has seen a nearly 50 per cent rise in referrals.

The association’s partners, like a B.C. crisis line network, have also reported a “steady increase” in calls with spikes around major events including fatal mudslides and flooding in November that damaged several communities, Morris said.

“We also know that demand is being felt elsewhere, including within emergency departments and other parts of the health system that provide mental-health and substance-use care,” Morris said.

The pandemic has not been felt equally, with front-line workers, women, Indigenous, Black and other people of colour as well as seniors bearing a disproportionate mental health burden, he said.

One of the overlooked gaps in access to care is the “middle ground,” people who may not be actively suicidal or experiencing a mental health emergency, but need help that isn’t covered, Morris said.

There are about 50 agencies in B.C. providing community counselling with funding from the provincial government, he said, calling that a significant step but a “drop in the bucket” that could be beefed up.

“Getting the right care to the right people at the right time when mental health symptoms first develop is so key.”

This report by The Canadian Press was first published Feb. 7, 2022.