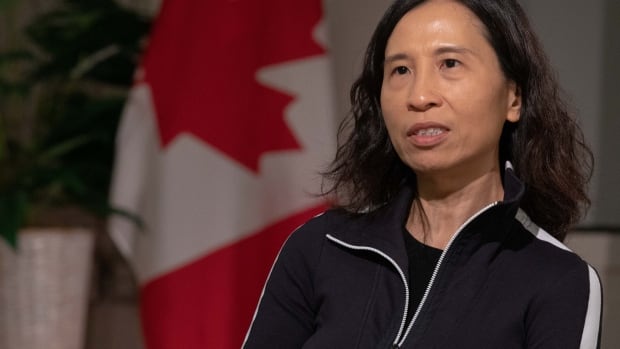 Canada’s top doctor says that when Canada’s locked-down economic activity revives, she expects to see companies embrace a “new normal” in how they operate to prevent the further spread of COVID-19.

In the second part of a wide-ranging interview with CBC News, Canada’s Chief Public Health Officer Dr. Theresa Tam said that when Canadians return to work, it won’t be the same type of working environment that existed before the pandemic.

“I actually think businesses and Canadians will come up with ideas and I think public health is asking, ‘Well, here are some of the parameters, come up with a plan of how your workplace could potentially be redesigned,'” Tam told the CBC’s Rosemary Barton.

Tam suggested that some workplaces could get more employees to work from home, or stagger the start times of shifts so that large numbers of people don’t crowd public transportation at the same times of day.

“The new normal, when we get there, is one that is not the same as before,” Tam said  “It’s one that might see our society function in different ways.”

Tam noted that travellers are now required to wear masks while flying or crossing international borders and suggested that practice could be expanded.

“How we actually maintain some sort of physical distance at the same time as certain businesses begin to open and workplaces re-adjust to the new normal — I think it will have some profound changes in society, including maybe our acceptance of people wearing masks,” she said.

Tam said that provinces will have to meet certain benchmarks before relaxing public health standards in order to prevent a resurgence of the disease.

“Some of … that new normal is to make sure the epidemic curve in your local area has come down to the bottom end,” Tam said, adding that once the bottom of the curve is reached, a population has to sustain that lower number of cases and test broadly for the disease to protect hospitals from being overwhelmed.

A framework for reopening Canada’s economies, jointly agreed to by the federal, provincial and territorial governments, was released earlier today.

The plan’s preconditions for easing restrictions and reopening economies include:

Tam also told CBC News that one of the features of the new normal will be a lack of cruise ships in Canadian waters.

“We’ll postpone the cruise ships coming into Canada and re-evaluate it,” she said. “The re-evaluation is July, but let’s just say that can’t happen here, because the introduction would be huge. You’d have thousands of passengers coming into port.”

A slow, phased-in easing of restrictions is necessary, Tam said, to avoid a second outbreak.

“I just have the image of New York City in my head. And I think I would never want that to happen anywhere in Canada,” she said. “And if we let things resume too fast, we may get that kind of surge.”

The World Health Organization [WHO] has been accused of putting too much faith in information about the virus and its death toll coming out of China.

Watch: Theresa Tam says health experts underestimated COVID-19 and that it would be “worthwhile to examine” the WHO’s response.

Tam said she appreciates the challenges the WHO faced in trying to get ahead of a new and fast-moving disease.

“I think it’s a very difficult job to do, quite honestly,” Tam said. “We have a federated system with different provinces and territories. The WHO has to serve over 190 member states … The data is what it is, you’re going to have to work with information at the time that you’ve received, and it may be incomplete.

“I’m not sure if the WHO could have got more information. That I can’t necessarily know.”

Tam said that while she would welcome a review of the pandemic advice provided by the WHO, she does not fault it for its initial response because health experts all over the world “underestimated where this could go.”

“I think it is always worthwhile to examine what went on and that is actually a normal process,” she said. “Especially after such an extraordinary and unprecedented event, we would always want that … [to] look at what could be done better.”

Tam pointed out that the WHO is only as good as the information provided to it by member states. She said that while Canada prepared its response at the outset as if COVID-19 was going to be a pandemic, Canadian officials “had no concept” in the early days “whether it would become one.”

“The estimations of how transmissible the virus was and how severe it was [were] unclear at the start,” she said. “Most of my colleagues, some of whom are much more experienced than me, didn’t quite know what the situation was. I’m not sure what more could have been done.”

Tam was asked about recent personal attacks made against her — by Alberta Premier Jason Kenney, who accused her of repeating media lines from the People’s Republic of China, and by Conservative leadership candidate Derek Sloan, who asked if Tam works for China.

“I’m really busy focusing on the actual response and that is what I’m here to do,” she said.

Tam said that she copes with the personal attacks — and the more racist and misogynist abuse she receives online — by focusing “on how incredible Canadians have been” in following public health directives.

“I just sort of compartmentalize it,” she said. “I think everybody copes with these things a little bit differently.

“I’ve always been someone who represents public health in its widest scope, its determinants of health … how we treat people in different ways affects people’s health, and that’s how I sort of look at it.

“Stigmatization leads to poor health outcomes. And it does not help our collective response.”