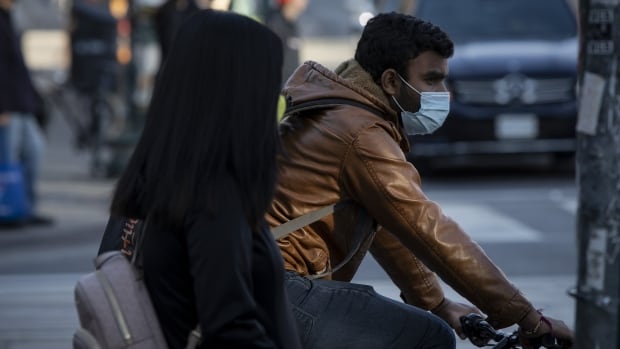 Rapid testing has also been deployed in rural and remote areas, the province said in a news release.

“These new rapid tests are game-changers in the fight against COVID-19,” said Premier Doug Ford.

The announcement comes just one day before the province’s auditor general is set to issue a three-part report on the province’s pandemic emergency preparedness and its response to COVID-19, including lab testing, case management and contact tracing.

Ford was also asked for his response to a Toronto barbeque restaurant owner’s decision to keep his restaurant open, openly defying Ontario’s COVID-19 lockdown for the city.

“They have to follow the rules. There can’t be rules for one group and not another,” he said.

A spokesperson for Health Minister Christine Elliott said that yesterday’s figure of 1,589 cases (which appeared to be a record high) inadvertently included eight-and-a-half extra hours worth of data from Nov. 22, meaning the total count was inflated. Today’s number adjusts for the mistake.

Today’s additional cases include 270 that are school-related: 223 students and 47 staff. The Ministry of Education said in a statement that the figure is not a one-day increase. Rather it reflects cases identified in schools from 2 p.m. last Friday to 2 p.m. yesterday, and also some others that were not reported Friday because of professional learning days in some boards, including the Toronto public and Catholic boards.

There are currently 703 publicly-funded schools in Ontario, or about 14.6 per cent, with at least one reported instance of COVID-19. Four schools are closed due to the illness, including one in Windsor with 39 cases, the largest school-related outbreak in the province.

There are now 12,917 confirmed, active cases of the illness provincewide, a slight drop from yesterday as 1,082 cases were marked resolved today.

The further infections in today’s update come as Ontario’s network of labs processed just 27,053 test samples for the novel coronavirus, and added 29,316 to the queue to be completed. There is currently capacity in the system for up to 50,000 tests daily. Meanwhile, the province reported a test positivity rate of 5.8 per cent.

Hospitalizations of people with COVID-19 also jumped, up 27 to 534. Of those, 159 are being treated in intensive care and 91 with ventilators. Public health officials have identified 150 patients in ICUs as the threshold for when unrelated surgeries and procedures are likely to be postponed because of burdens on the hospital system.