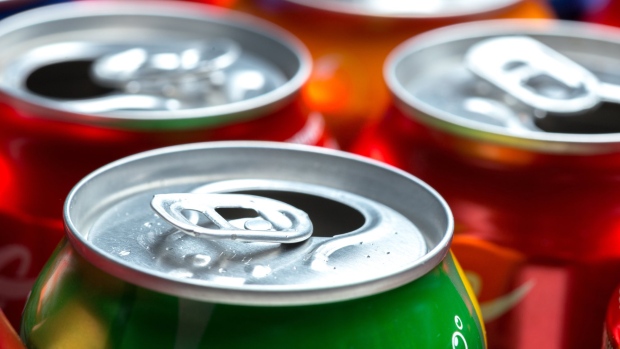 If your heart goes pitter-patter for diet beverages, it may not be due to love.

Artificially sweetened beverages, a new study has found, may be just as bad for your heart as the sugar-laden kind.

“Our study suggests artificially sweetened beverages may not be a healthy substitute for sugar drinks, and these data provide additional arguments to fuel the current debate on taxes, labeling and regulation of sugary drinks and artificially sweetened beverages,” said lead author Eloi Chazelas, a doctoral student and member of the nutritional epidemiology research team at the Sorbonne Paris Nord University, in a statement.

“We already know that sugar-sweetened beverages are bad news when it comes to cardiovascular and other health outcomes,” said cardiologist Dr. Andrew Freeman, co-chair of the American College of Cardiology nutrition and lifestyle work group, who was not involved in the study.

The new research, published Monday in the Journal of the American College of Cardiology, analyzed data from over 100,000 adult French volunteers participating in the French NutriNet-Santé. That’s an ongoing nutritional study launched in 2009 that asks participants to fill out three validated web-based 24-hour dietary records every six months. The study is expected to conclude in 2029.

During follow-up from 2011 to 2019, sugary and diet-drinking habits were separately compared to any first cases of “stroke, transient ischemic attack, myocardial infarction, acute coronary syndrome and angioplasty,” the study said.

The authors said they eliminated early cases of heart disease during the first three years, adjusted for a “range of confounders” that might skew the data, and found a small but statistically significant result.

Compared to people who didn’t drink artificially sweetened beverages, high consumers were 20% more likely to have cardiovascular disease at any particular time. There was a similar result for higher consumers of sugary drinks when compared to nonusers, the researchers found.

However, the authors said, the study could only show an association between the two, not a direct cause.

“To establish a causal link, replication in other large-scale prospective cohorts and mechanistic investigations are needed,” the authors said.

The Calorie Control Council, an international association representing the low- and reduced-calorie food and beverage industry, provided this statement:

“Epidemiological studies, even those built on large sample sizes, are subject to potential pitfalls including reverse causality [subjects choose low and no calorie sweeteners (LNCS) as a tool to manage their weight after becoming overweight/obese] and residual confounding [inability to control for factors that influence health outcomes], as the researchers noted.”

A GROWING BODY OF RESEARCH

Not having that sort of study in place is a major limitation, researchers have said, as it’s impossible to determine whether the association is due to a specific artificial sweetener, a type of beverage or another hidden health issue.

“We know that people who consume diet sodas sometimes are already overweight or obese, so you have to wonder what other confounders and lifestyle may already exist,” Freeman said.

“We also know that you know when you take in something sweet your body triggers insulin release and a number of other things that can sometimes even lead to weight gain.”

Still, this is not the first time diet beverages have been associated with heart issues.

A 2019 study found drinking two or more of any kind of artificially sweetened drinks a day was linked to an increased risk of clot-based strokes, heart attacks and early death in women over 50.

Risks were highest for women with no history of heart disease or diabetes and women who were obese or African American, that study found.

Drinking four or more artificially sweetened beverages, according to another 2019 study, increased the risk of premature death from cardiovascular disease in women. The same effect was not seen for men.

Previous research has also shown a link between diet beverages and stroke, dementia, Type 2 diabetes, obesity and metabolic syndrome, which can lead to heart disease and diabetes.

“What is it about these diet drinks?” asked Yasmin Mossavar-Rahmani, an associate professor of clinical epidemiology and population health at the Albert Einstein College of Medicine in the Bronx, New York, who was the lead author for the 2019 study.

“Is it something about the sweeteners? Are they doing something to our gut health and metabolism? These are questions we need answered,” Mossavar-Rahmani said in a prior CNN interview.

Until those answers are found, Freeman tells his patients to choose their beverages wisely.

“I tell them that the perfect beverage for human consumption remains water, probably always will be,” Freeman said. “And maybe with a very close second of unsweetened tea and unsweetened coffee.

“And the rest probably should not be consumed regularly — if at all.”

WHAT TO DO IF YOU’RE ADDICTED

It can be hard to give up that love affair, even if you know the object of your affections — sugary and diet beverages — may not be good for your health. Here are some tips from experts on how to cut back.

Don’t go cold turkey. A tough love approach is difficult and may set you up for failure, so CNN contributor Lisa Drayer suggests a more gradual weaning.

“Cut back by one serving per day until you’re down to one drink per day,” Drayer told CNN in a prior interview. “Then aim for one every other day until you can phase out soft drinks entirely.

Drink water, even if it’s carbonated. Water is the perfect hydration for the human body, experts say. If it’s not your favorite beverage, try to add some sparkle.

“Try infusing fruit into water — you can purchase a pitcher, fill it with water, then add slices of oranges, lemons, strawberries, watermelon or whatever fruit you like so the water will become infused with the fruit flavor and provide sweetness to your palate,” she said.

If you find that you are also addicted to the crackle and pop of soda fizz, give in — to carbonated water, that is.

Try a short no-sugar challenge. Because our taste buds turn over every two weeks, we can teach ourselves to crave less sweet things in a short period of time, according to Dr. Sharon Horesh Bergquist, an assistant professor of medicine at Emory University School of Medicine in Atlanta.

She suggests trying a two-week no-sugar challenge. Once past those first intense sugar cravings, your taste buds will adjust to find “natural foods with sugar more satisfying,” she said.