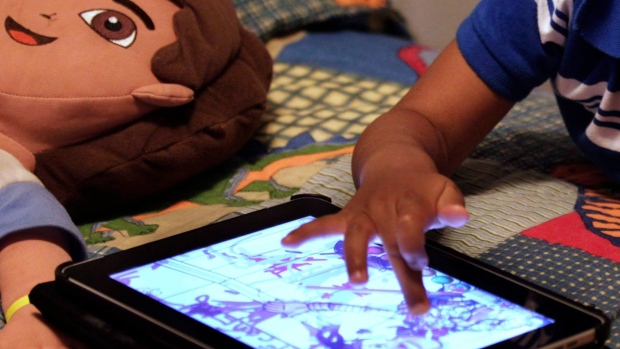 TORONTO — “Digital medicine” in the form of a video game could improve attention levels in kids with ADHD, a new study suggests.

U.S. research, published this week in The Lancet medical journal but conducted in 2017, showed a group of children aged eight to 12 had “significantly improved performance” in attention after a four week trial.

ADHD is a childhood-onset disorder, with symptoms including persistent impaired attention, hyperactivity and impulsivity, with difficulties often continuing into adulthood, the study authors wrote. Existing treatments include behavioural therapy and medication.

For the study, 348 children with ADHD were asked to play the game, labelled AKL-TO1, on a tablet for 25 minutes per day, five days a week.

Users race through a course, dodge obstacles and capture rewards to advance to the next level in play that requires quick reaction time and decision-making and increases in difficulty in response to the player’s skills.

According to the games designers, Boston-based Akili Interactive Labs, AKL-TO1 targets parts of the prefrontal cortex that assist in cognitive control and are believed to be deficient in people with ADHD.

“The active intervention AKL-T01 significantly improved performance on the primary outcome measure—an objective measure of attention in paediatric patients with ADHD compared with the control condition,” the study authors wrote.

Adverse events were mild and included frustration and headache, the authors said.

Funding for the study was sponsored by the game makers.

“Software or game companies have marketed products they say can improve attention, but to date, none of these products have gone through the rigorous testing required by the FDA to become an approved treatment for ADHD,” said principal investigator Scott Kollins, Ph.D., a member of the Duke Clinical Research Institute and director of the ADHD program at the Duke University School of Medicine.

“This study represents, to my knowledge, the largest and most rigorous evaluation of a digital medicine. Continued work on this approach could mean that in a few years, doctors could be prescribing a therapeutic video game to improve a patient’s ADHD symptoms.”

But the study authors admitted more studies over a longer timeframe are needed.

“Given these limitations, the results of the current trial are not sufficient to suggest that AKL-T01 should be used as an alternative to established and recommended treatments for ADHD,” the authors said.

The authors said the game mimicked “one component of the classroom situation in which children are required to remain seated and engaged in a tedious, repetitive task…real-world settings in which children with ADHD often struggle.”

Participants were also evaluated using other methods to detect improvements in their attention and behavior, but differences between treatment and control groups on these measures were not statistically significant, the researchers said.