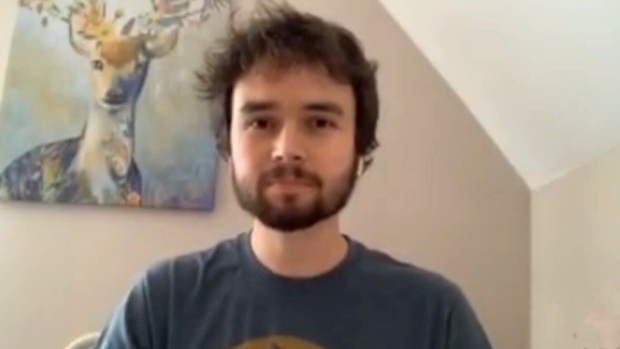 TORONTO — On his ninth day of self-quarantine at home with his family, all of whom tested positive for COVID-19, a French doctor says it will be his four young children who tire him out before the virus does.

“We have to keep them entertained with games, with the work of school and stuff like that,” Dr. Jonathan Peterschmitt told CTV News Channel on Wednesday. “It’s important to change the stuff we’re doing with them because they are very young so they can’t focus very long.”

Peterschmitt, his wife, and four children, who are between the ages of one and seven, have been isolating themselves in their home in Ammerzwiller, in northeastern France, after they all contracted the novel coronavirus.

In addition to his immediate family, Peterschmitt said members of his extended family are also infected. Altogether, he said that 18 members of his family have the respiratory illness.

“It was not the same for everybody,” he said. “Some members of my family have been a little bit more affected, but for me and a lot of us, it was like the symptoms of flu.”

Peterschmitt said he believes they all contracted the virus during a meeting at his local church. Following the visit to the church, he said he felt a little ill. He then heard that someone at the church had contracted COVID-19 so he and his family all got tested themselves.

Because he and most of his family members only had mild symptoms, Peterschmitt said they are doing well, particularly his children.

That’s because children who are infected with the new coronavirus seem to have more mild symptoms than adults, he said.

“They’re not too affected,” he said. “I think they’re going to get us tired before the virus does.”

France has been one of the hardest-hit countries in Europe with more than 1,780 confirmed cases of COVID-19 and 33 deaths.