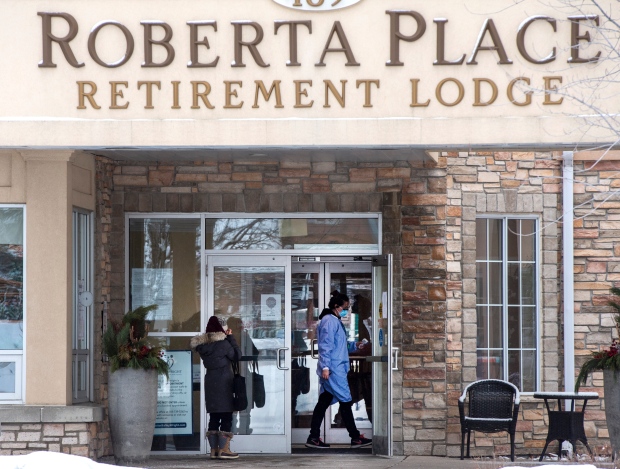 TORONTO — With long-term care COVID-19 cases and deaths accounting for a dramatic proportion of Canada’s pandemic numbers, some are calling for an end to for-profit long-term care, but at least one doctor says the entire system is underfunded.

Across Canada, 28 percent of long-term care facilities are for-profit, the Canadian Institute for Health Information (CIHI) says. In Ontario, they account for 57 percent. These for-profit homes had “outbreaks with nearly twice as many residents infected” and 78 per cent more resident deaths compared with not-for-profit homes, a study released Wednesday by The Ontario COVID-19 Science Advisory Table showed.

“I think partly that also speaks to what’s happening underneath. We often have municipal and not-for-profit providers that actually supplement the meager amounts of money they get from the government so they can actually provide more staffing. And more staffing tends to mean better care,” Dr. Samir Sinha, director of geriatrics at Mount Sinai Hospital in Toronto, said Thursday on CTV’s Your Morning.

“A lot of people are really upset with the quality of long-term care we have across Canada. And so people are looking for a quick fix and many people are just saying, end for-profit care,” Sinha said.

“A lot of for-profit facilities, they’re not going to invest their own money and sacrifice dividends to actually provide more care. That’s just not the business that they’re in.”

An earlier study published in the Canadian Medical Association Journal in August also found that for-profit homes were more likely to see more extensive outbreaks and more residents dying, though the actual chances of an outbreak were no greater than at non-profit homes.The paper also noted that a number of observational studies also indicated that for-profit facilities tend to deliver “inferior care” across a number of measures.

“The real issue that I think is at play is that we are currently underfunding our entire long-term care system, which makes it harder for anybody to provide good care.”

Still, outcomes in different provinces also demonstrate how other actions taken can still help mitigate outbreaks and deaths. More decisive action against the virus in British Columbia, for example, is one of the reasons the province saw far fewer long-term care deaths than Ontario, according to a study published last fall. Another paper noted that even prior to the pandemic, there was more coordination between long-term care homes, hospitals and public health in B.C., along with more comprehensive inspections and funding that provided more staffing care hours. There were also more not-for-profit residences as well as facilities with better layouts that allowed for fewer shared rooms.

“We never made (long-term care) part of our Canada Health Act, and we haven’t actually prioritized care of older people, or this part of our care system for years, and I think now, we’re realizing what that underfunding gets is very poor quality care overall and too many deaths,” Sinha said.