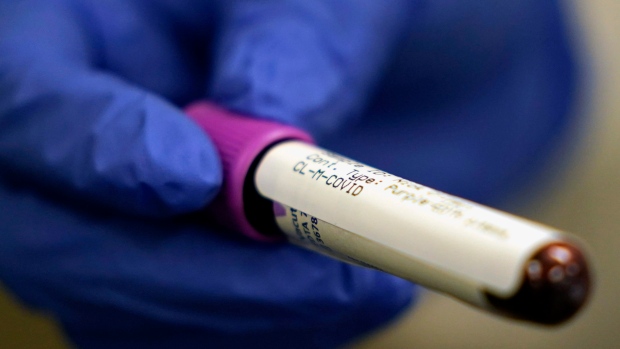 TORONTO — Doctors in Italy have found what they describe as the first suggestion of a link between COVID-19 and a rare, newly discovered illness that can lead to organ failure and has affected children in several countries.

Canadian doctors have also been warned about the illness, with a recent alert from the Canadian Paediatric Surveillance Program (CPSP) stating that it can resemble a severe gastrointestinal illness, a toxic shock-like syndrome or Kawasaki disease. It has been found in children who tested positive for COVID-19 through nasal swab tests, and children who tested negative via the same method.

“Some patients have deteriorated quickly and have required intensive care unit admission,” the alert reads.

“While rare, clinicians should be aware of the potential syndrome and maintain a high index of suspicion to identify cases.”

The illness has shown up in Canada, with a cluster of cases reported in Montreal, where doctors at Sainte-Justine Hospital have discovered at least 12 cases of it since mid-April. There have also been reports of the illness in New York, where more than 100 cases have been recorded and three children have died, and the United Kingdom.

It has also been reported in Italy, where a peer-reviewed case study provides what the authors call the first evidence of a possible link between the illness and COVID-19 beyond them emerging at the same time.

Published Wednesday in medical journal The Lancet, the case study details Italian doctors’ observations of 10 young children who had been diagnosed with the illness in the Lombardy area between Feb. 18 and April 20, at the peak of the region’s COVID-19 outbreak. The doctors said all of the children had Kawasaki-like symptoms, which they noted is unusual given only 19 diagnoses of Kawasaki disease had been made in the Lombardy area in the previous five years.

“Although this complication remains very rare, our study provides further evidence on how the virus may be affecting children,” case study author Dr. Lucio Verdoni said in a press release.

The doctors say they would like to see more research done involving larger number of children who have presented with the illness.

Medical professionals have started referring to the illness as pediatric multi-system inflammatory syndrome. Hours before the Italian case study was made public, the Ontario government listed the syndrome as a rare symptom of COVID-19 that can affect children.

Common symptoms of the syndrome include rashes, fever, bloodshot eyes and swelling in the hands and feet. Not every patient ends up in intensive care. Most children who have contracted the illness have been able to recover.