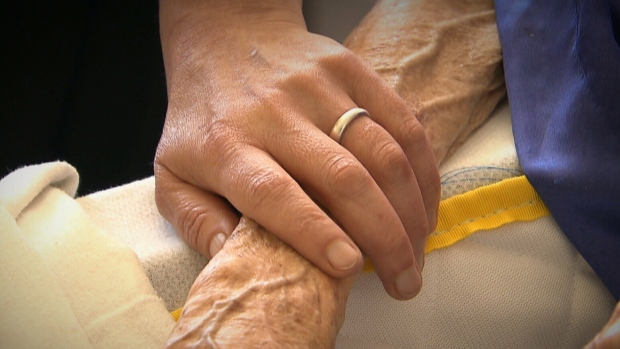 OTTAWA — Senators have been presented with two starkly different descriptions of what it’s like to receive medical assistance in dying in Canada: a beautiful, peaceful death or a painful end akin to drowning.

The duelling descriptions came from two doctors during testimony Tuesday night at the Senate’s legal and constitutional affairs committee, which is scrutinizing Bill C-7.

The bill would expand Canada’s five-year-old regime for medical assistance in dying (MAID) to include people who are suffering intolerably but not near the end of their natural lives.

Dr. Timothy Holland, a Nova Scotia MAID assessor and provider, said for patients the procedure is “a relaxing drift into sleep.”

“It is a beautiful and inspiring event,” he told the committee.

“This is a positive thing. The tragedy is the illness that has occurred, MAID is the blessing that allows the patient to have control over that loss.”

“And that’s what happens in a MAID procedure. I feel so incredibly fortunate that I have the great privilege to be witness to these events, a lifetime of love and connection all culminating in this one beautiful goodbye.”

Holland also provided senators a detailed description of how the procedure is performed. Most commonly, he said, three drugs are injected: Midazolam to relax the patient, then Propofol to induce “a deep medical coma” that can stop breathing, and finally Rocuronium, a paralyzing medication to ensure the patient stops breathing.

The resulting lack of oxygen causes the organs to shut down one by one until the heart stops. Because the patient is in a coma, he said they feel nothing as their bodies shut down.

But Dr. Joel Zivot countered that an assisted death only appears outwardly peaceful because the paralyzing drug makes it impossible for the patient to move or show discomfort.

Zivot, a Canadian citizen and associate professor of anesthesiology and critical care at Emory University in Atlanta, Ga., admitted that he has never provided MAID or witnessed the procedure.

But based on his study of the autopsies of criminals in the United States who were executed by lethal injection, he said an assisted death “could be exceedingly painful and more like akin to drowning.”

In 85 per cent of the execution cases, he said the lungs were twice their normal weight and full of water, the result of using Phenobarbital in the drug cocktail.

“It means that when a person dies by lethal injection, they basically drown … more akin to death by waterboarding that we recognize to be cruel,” he said, referring to a torture technique used to simulate drowning.

If autopsies were performed on people who’ve received MAID, Zivot said: “Based on my knowledge of pharmacology and familiarity with these drugs, I would suggest that there is a high likelihood that the same things would be found.”

He contended that the drugs used in MAID procedures in Canada are similar to that used in U.S. executions, where Midazolam has replaced Phenobarbital.

Moreover, Zivot said Propofol, when used to anesthetize a patient for surgery, can cause a burning sensation in the lungs — and that’s using one tenth of the dose administered during MAID. But the use of the paralyzing drug in MAID means the patient can’t show distress.

“To state that the death that the person experiences is peaceful, well, this is unknowable or false … That’s a chemical myth that is put in place. That is a trick of what is actually happening here.”

Holland vigorously rebutted Zivot’s contention, arguing that there can be no comparison between the “very crude” drug regimen used in executions and the “incredibly elegant regimen of medications” used in MAID.

Phenobarbital is not used in MAID procedures, he said, and Midazolam is not used to end life, as in U.S. executions, but only in small doses to relax the patient.

As for Propofol, Holland said it’s used all the time to anesthetize patients for surgeries, resetting broken bones or intubation. And he said doctors do, in fact, know precisely how it feels for the patients because, when they regain consciousness, “they have no memory of (the procedure they just underwent) and have had no sensation.”

Much larger doses of Propofol are used in MAID procedures to ensure patients fall into a deep state of unconsciousness, he added.

“The notion that it is burning alive their lungs, this has not been seen in operating theatres,” Holland said. “It is an impossible thought that this patient could somehow be conscious as they’re then paralysed with the Rocuronium. It goes against everything that we understand in medicine.”

Laurel Hughes, a nurse and director of the Vancouver Coastal Health Authority assisted dying program, said in her experience patients are relieved to have their suffering ended.

Sen. Rosemary Moodie, a physician who sits in the Independent Senators Group, said she’s surveyed 17 MAID providers and all described the experience in the same way as Holland.

This report by The Canadian Press was first published Feb. 3. 2021.