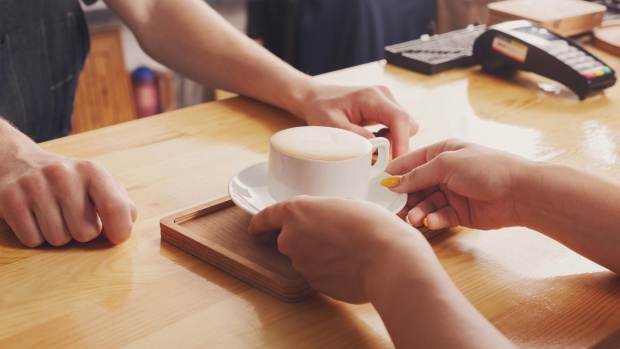 Drinking up to three or four cups of caffeinated or decaffeinated coffee a day reduces your risk of developing and dying from chronic liver diseases, a new study found.

“Coffee is widely accessible, and the benefits we see from our study may mean it could offer a potential preventative treatment for chronic liver disease,” said study author Dr. Oliver Kennedy, who is on the medical faculty of the University of Southampton in the UK, in a statement.

“This would be especially valuable in countries with lower income and worse access to healthcare and where the burden of chronic liver disease is highest,” Kennedy said.

Risk factors for liver disease include drinking alcohol, obesity, diabetes, smoking, hepatitis B and C infections, and having nonalcoholic fatty liver disease, which is the buildup of extra fat in liver cells that is not caused by alcohol.

Diagnoses of nonalcoholic fatty liver disease, which strikes people who are obese, overweight, or who have diabetes, high cholesterol or high triglycerides, have more than doubled over the past 20 years, according to the American Liver Foundation, affecting up to 25 per cent of Americans.

The rate of liver cancer has more than tripled between 1980 and today, “while the death rates have more than doubled,” according to the American Cancer Society.

Causes of liver cancer include diabetes and nonalcoholic liver disease, as well as excessive drinking or hepatitis B and C infections.

Diagnoses of liver cancer have been on the rise globally for decades — a 2018 study found a 75 per cent increase in cases worldwide between 1990 and 2015.

Liver cancer is the sixth most common cancer worldwide, according to the World Cancer Research Fund, with some 83 per cent of cases occurring in less developed countries, especially those in Asia and Africa. Survival rates are poor because there are no early symptoms, so many cases of liver cancer are quite advanced at the time of diagnosis.

LARGE STUDY, BUT ONLY ONE POINT IN TIME

The study examined coffee consumption among 494,585 participants of the UK Biobank, a biomedical database and research resource, and then followed them for nearly a dozen years.

While the maximum benefit was seen in the group who drank ground caffeinated or decaffeinated coffee, instant coffee drinkers also saw some benefits. Ground coffee has higher levels of kahweol and cafestol, two antioxidants found in coffee beans that have been shown in studies to have anti-inflammatory properties. Cafestol, however, has also been shown to increase bad cholesterol, or LDL (low-density lipoproteins).

This is not the first study to find health benefits from coffee. A study published in February found drinking one or more cups of black, caffeinated coffee a day was associated with a long-term reduced risk of heart failure.

Coffee’s also been shown to lower the risk of type 2 diabetes, Parkinson’s disease, prostate cancer, Alzheimer’s, multiple sclerosis, melanoma and other skin cancers, and reduce levels of coronary artery calcium. And a prior study by Kennedy found that drinking coffee reduced the risk of hepatocellular cancer, the most common form of liver cancer.

The Harvard Health Professionals Follow-Up Study, which began in 1986, and the Nurses’ Health Study, which started in 1976, have been following the coffee consumption habits of healthy men and women for decades.

“We did not find any relationship between coffee consumption and increased risk of death from any cause, death from cancer, or death from cardiovascular disease. Even people who drank up to six cups of coffee per day were at no higher risk of death,” wrote Dr. Rob van Dam of Harvard’s School of Health.

Most studies are done on drinking black coffee. However, many people add dairy, sugars, flavours or nondairy creamers that are high in calories, added sugar and fat. That likely negates any heart-healthy benefits, warns the American Heart Association.

Also, a cup of coffee is only 8 ounces in most studies; the standard “grande” or large cup at some coffee shops is double that at 16 ounces.

Caffeine can be dangerous if consumed in excess by certain populations, research has shown. High levels of coffee consumption (more than 4 cups) during pregnancy was associated with low birth weight, preterm birth and stillbirths in a 2017 study.

Past studies also suggested people with sleep issues or uncontrolled diabetes should check with a doctor before adding caffeine to their diets.

And, of course, these benefits do not apply to kids. Children and adolescents should not drink colas, coffees, energy drinks or other beverages with any amount of caffeine, according to the American Academy of Pediatrics.