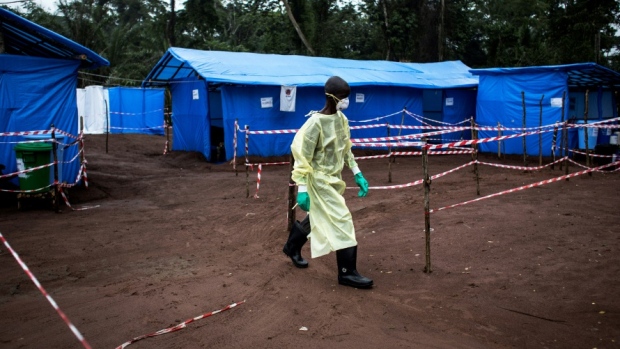 GOMA, DR CONGO — Four people have died from the hemorrhagic Ebola virus during a new outbreak in the Democratic Republic of Congo, officials said Sunday, warning that people are resisting measures to contain the highly contagious disease.

Since the epidemic’s resurgence this month, “we have already registered six Ebola cases. We have lost four infected people,” Eugene Syalita, the provincial health minister in North Kivu province in the DRC’s east, told AFP.

Syalita said one person died Friday and another on Saturday, while the two others died in early February.

Two patients are receiving care at an Ebola treatment centre in Katwa near the major city of Butembo, he added.

Syalita complained that the region’s residents were not taking the new outbreak seriously enough.

“Some families categorically refuse to have their homes disinfected or to hold dignified and safe funerals,” the doctor said.

“People have not yet understood that Ebola has reappeared. Everything is not yet clear for them.”

A vaccination drive was launched last Monday, but as with past outbreaks, people in the region doubt the existence of Ebola and reject measures aimed at checking its spread, including not to touch sick people and not to wash the dead.

The 10th epidemic, which was declared on August 1, 2018, was finally eradicated on June 25 last year after being exacerbated by ongoing armed conflicts and resistance to anti-Ebola measures.

With more than 2,200 deaths recorded, it is considered the most serious in the history of Ebola in the DRC since the scourge fist appeared in 1976, named after a river in the former Belgian colony, which was known as Zaire at the time.

An 11th outbreak of the virus, which is believed to reside in bats, was declared over in November after claiming 55 lives in the northwestern province of Equateur.

OUTBREAK IN GUINEA, TOO

Ebola causes severe fever and, in the worst cases, unstoppable bleeding. It is transmitted through close contact with bodily fluids, and people who live with or care for patients are most at risk.

Funeral practices often include washing, touching and kissing bodies that are still capable of transmitting Ebola, and may have particularly high levels of the live virus in excretions.

The virus has also resurfaced in Guinea, where it has already killed five people in the first outbreak in West Africa since a 2013-16 epidemic that left more than 11,300 people dead in Guinea, Liberia and Sierra Leone.

The United States last week said it would work with the affected governments and the World Health Organization over the outbreaks.

“The world cannot afford to turn the other way. We must do everything in our power to respond quickly, effectively,” White House press secretary Jen Psaki said in a statement.