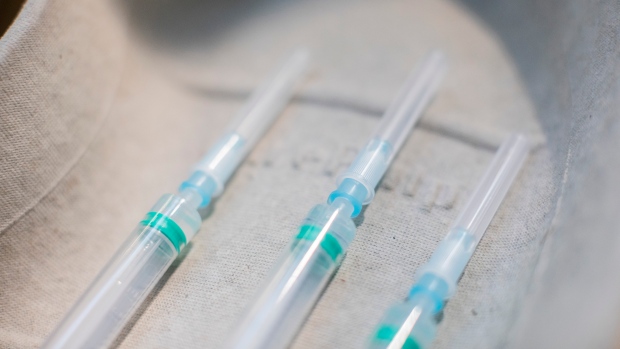 OTTAWA — The European Commission says it has authorized a COVID-19 vaccine delivery to Canada and does not plan to block the exportation of most doses produced on the continent.

In a statement to CTV News, a spokesperson for the European Commission said that Canada is one of multiple nations that have applied for a delivery and been authorized to receive one.

“Canada is aware that the EU has the duty to ensure that our citizens are vaccinated as soon as possible,” the spokesperson said Wednesday.

“At the same time, we do not want to deprive other countries from their own much needed vaccines, in particular if these countries do not have their own manufacturing capacity.”

In response to vaccine distribution delays at Moderna, Pfizer-BioNTech, and AstraZeneca, the European Union implemented an export control policy on all vaccines produced in EU member countries that require the pharmaceutical companies to get permission before sending vaccines to other nations.

More than 120 countries are exempt from this list, but Canada is not one of them. The spokesperson told CTV News that use of the export control restrictions will be kept to “an absolute minimum.”

Public Services and Procurement Minister Anita Anand told the House of Commons on Monday that a new shipment of the Pfizer-BioNTech vaccine was on its way from Europe, though it is just one-fifth the size of the previous planned shipments.

Moderna and Pfizer-BioNTech, the two vaccines approved for use in Canada, are currently being produced and shipped from Europe.

Prime Minister Justin Trudeau said Tuesday that he’s received promises from European Commission President Ursula von der Leyen that Canada’s vaccine shipments won’t be slowed down due to the export controls, but doesn’t have anything in writing.

The federal government announced on Tuesday a deal with Novavax to produce its COVID-19 vaccine in Canada, but not until the fall at the earliest.