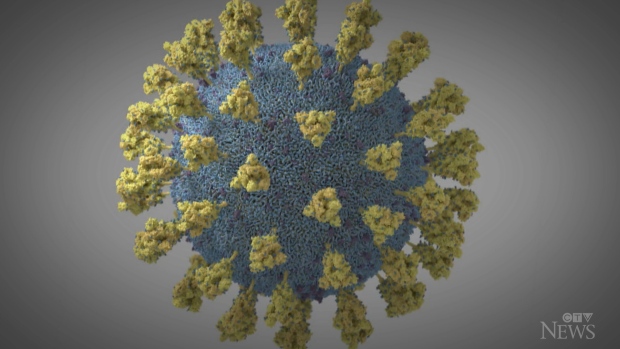 LONDON — The coronavirus mutation “of most concern” that could impact vaccine efficacy has occurred spontaneously in the U.K. variant, a professor of outbreak medicine who is part of a panel that advises the British government said on Tuesday.

The E484K mutation, which occurs on the spike protein of the virus, is the same change as has been seen in the South African and Brazilian variants that have caused international concern.

Several laboratory studies have found that vaccines and antibody therapy are less effective against the South African variant.

By contrast, early evidence showed that vaccines worked just as well against the U.K. variant, called B.1.1.7, which originally did not have the E484K mutation.

“The mutation of most concern, which we call E484K, has also occurred spontaneously in the new Kent strain in parts of the country too,” said Calum Semple, a member of the Scientific Advisory Group for Emergencies, on BBC radio, referring to the southern English county where the U.K. variant was first detected.

Concern over the South African variant has prompted authorities in England to begin a door-to-door mass testing drive targeting 80,000 people living in areas where cases of the variant have been found in people with no link to South Africa.

The fact that the E484K mutation had occurred spontaneously in Britain had already been reported in a technical briefing published by Public Health England, but this had not been widely noticed outside scientific circles.

The report said the mutation had been detected in 11 B.1.1.7 genomes, possibly as a result of “more than one acquisition event,” suggesting that the 11 genomes were not all linked to each other and the mutation may have occurred spontaneously at separate locations.

“Unfortunately, the lack of control of these different variants in the U.K. may lead this population to become a melting pot for different emerging SARS-COV-2/COVID-19 variants,” said Julian Tang, a virologist at the University of Leicester.