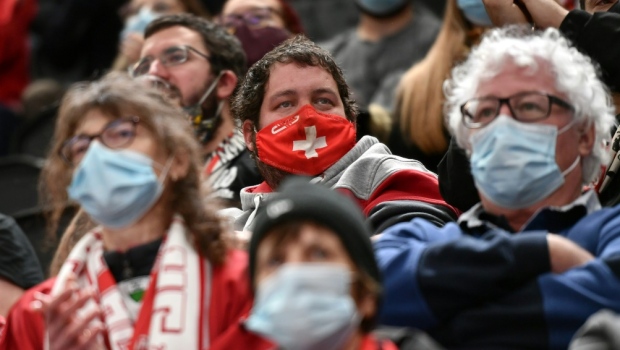 PARIS, FRANCE — Proponents of allowing the new coronavirus to circulate among populations in the hope of achieving herd immunity are promoting a “dangerous fallacy” devoid of scientific proof, dozens of health experts said Thursday.

In an open letter published in The Lancet medical journal, more than 80 specialists from universities across the world said that the only effective way of limiting excess deaths during the pandemic was to control the disease’s spread.

The authors of Thursday’s letter said that the social and economic impacts of confinement had led to “widespread demoralisation and diminishing trust” in government measures to get a handle on the virus.

The second wave has also led to a renewed interest in so-called herd immunity, which suggests allowing a large uncontrolled outbreak among people considered to be at low risk of death or serious illness from the virus.

The health experts listed numerous flaws in the concept.

This would have a catastrophic human and financial cost, besides overwhelming healthcare systems.

The authors also noted that it is possible to become reinfected with Covid-19.

Herd immunity offers no guarantee that those who caught the virus would remain immune to it for any meaningful length of time.

This would present a risk to vulnerable populations for “the indefinite future”, the authors said.

Such a strategy would result in “recurrent epidemics” of COVID-19 similar to those caused by numerous infectious diseases before vaccines were invented.

“It would also place an unacceptable burden on the economy and healthcare workers, many of whom have died from COVID-19 or experienced trauma as a result of having to practise disaster medicine,” they wrote.

The World Health Organization has been warning for months that herd immunity for COVID-19 was impossible without untold casualties.

WHO chief Tedros Adhanom Ghebreyesus said the concept was “unethical.”

“The vast majority of people in most countries remain susceptible to this virus,” he said.

WHO emergencies director Michael Ryan warned back in May that any country pursuing herd immunity were making “a really dangerous calculation.”